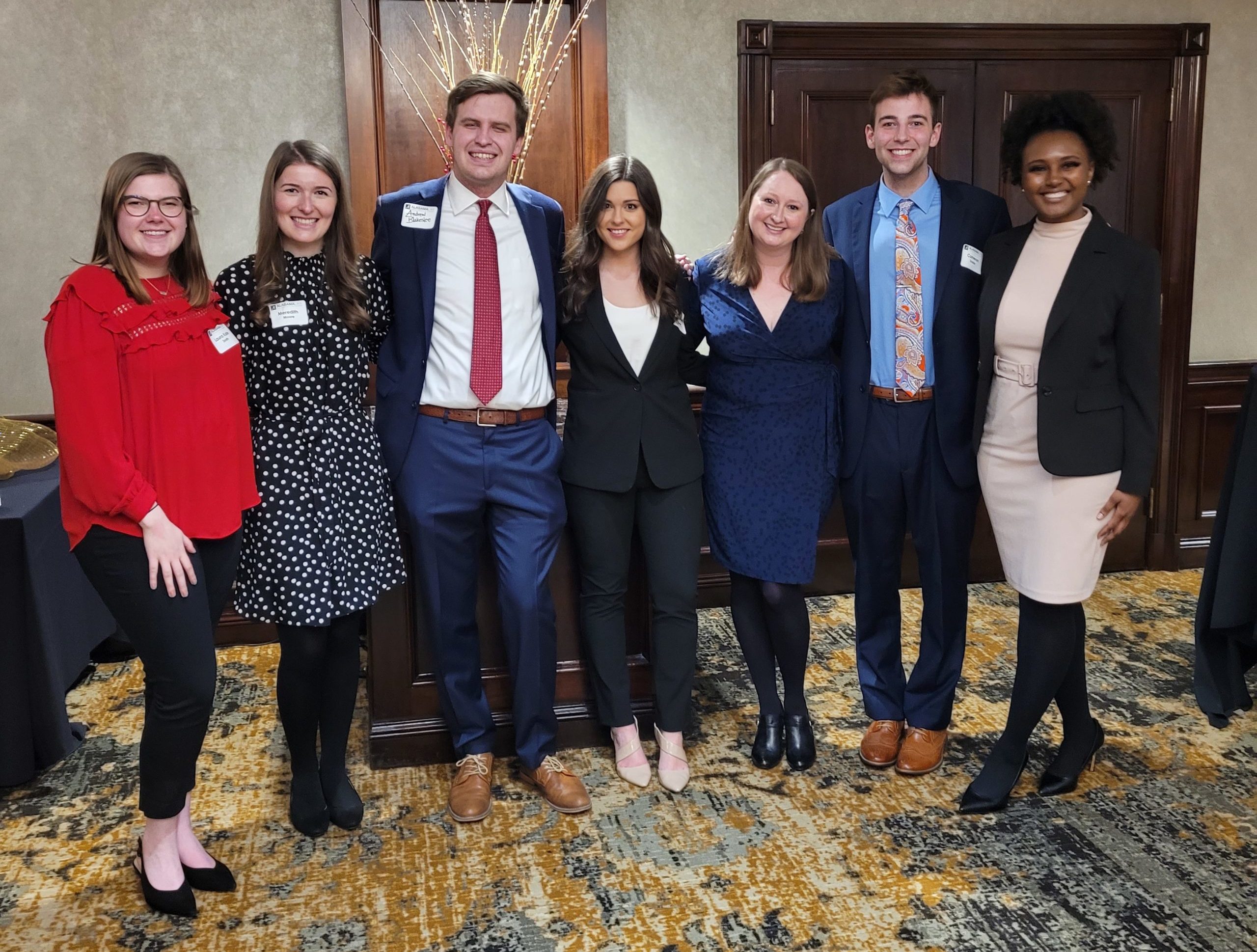 In 2012, Mike House (’71) and Ed Rogers (’84) had a goal of creating an externship program to introduce Alabama Law students to career opportunities in Washington DC. Ten years later, through the leadership and support of many dedicated alumni, Alabama Law’s DC Externship Program has placed more than 70 students in over 43 different agencies, committees, or advocacy group offices across DC.  Read the full story here. 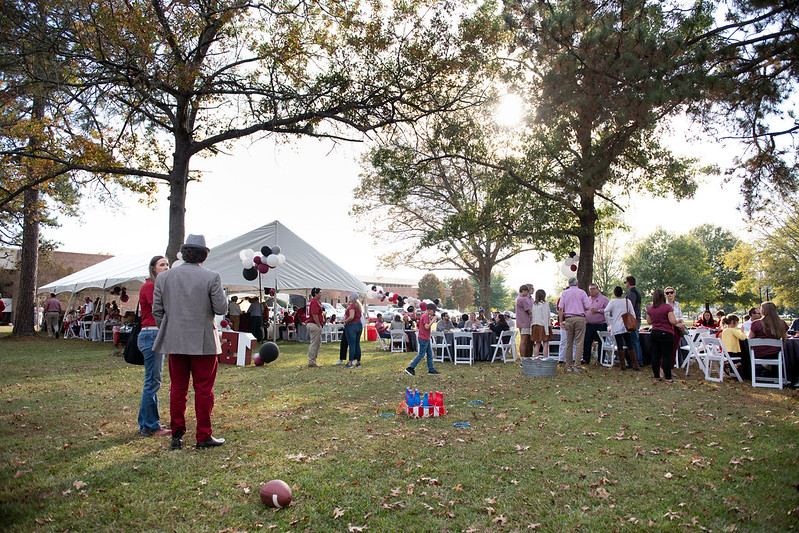 On October 22, Alabama Law hosted its annual Alumni Homecoming Tailgate on the front lawn of the Law School. Attendees enjoyed delectable food and drink while connecting with old friends before catching a golf cart to the stadium for the Homecoming game. The theme of this year’s Tailgate was centered on The 50 | 150 Anniversaries—commemorating the 150th Anniversary of the Law School’s founding and the 50th anniversary of the first Commencement of African American students from the School of Law. View images from this event here. 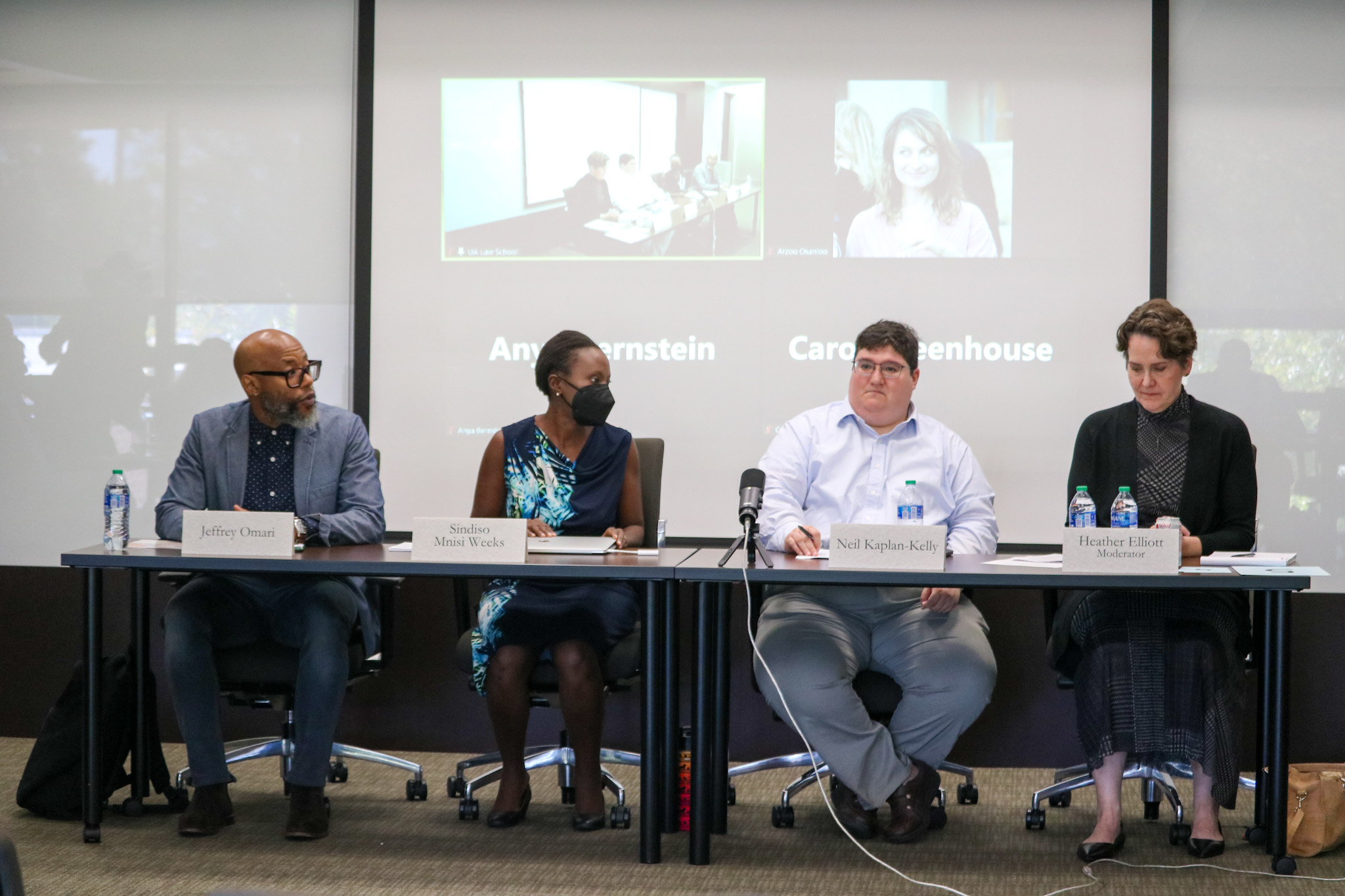 On October 14, Alabama Law hosted a Symposium on Constitutional Ethnography. The Symposium, organized by Professor Deepa Das Acevedo, brought together prominent anthropologists and scholars of law and law & society to discuss the potential benefits, challenges, and approaches to studying constitutional law from the perspective of persons, institutions, and cultures affected by the law. The keynote address was given by Kim Lane Scheppele of Princeton University. Other panelists included professors from the University of Chicago, University of Virginia, University of California-Berkeley, University of Southern California, and the University of North Carolina-Chapel Hill among many other institutions. View pictures from this event here.

Alvin K. Hope II (‘97) was reappointed to the Alabama Trust Fund board of directors by Governor Kay Ivey.

Richard A. Barth (‘89) was named Director of Undergraduate Admissions at Clemson University.

Clint Brown (’14) joined The Heritage Foundation as the Vice President of Government Relations.

Keith A. Brown (‘94) was named to Birmingham Business Journal’s 2022 Who’s Who in Education list.

Noah A. Caldwell (’20) joined Swift Currie in Atlanta as an Associate Attorney.

Sue Bell Cobb (’81) was inducted into the Alabama Academy of Honor Class of 2022.

Camille Wright Cook (’48) has been posthumously inducted into the Tuscaloosa County Civic Hall of Fame.

Leigh Davis (’97) was named to Top Birmingham Women 2022 by the Birmingham Business Journal.

Sarah A. Hughes (’13) joined Bressler Amery & Ross in Birmingham as an Associate Attorney.

Ashley C. Marshall (’03) was sworn in as the City Prosecutor of Enterprise, AL.

Richard A. Powers (’09) joined Fried Frank in New York City as a partner in the Antitrust Litigation Practice.

Tamara Fox Rose (’14) was promoted to Of Counsel with Stevens & Lee in Reading, PA.

Morgan B. Thompson (’19) joined Bressler Amery & Ross in Birmingham as an Associate Attorney.

Professor Deepa Das Acevedo presented her forthcoming article, Tenure as a Labor Protection, at the 2022 Colloquium on Scholarship in Employment and Labor Law (COSELL), held at Vanderbilt Law School on October 21-22.

Professor John Felipe Acevedo was named a contributing editor of the National Lawyers Guild Review. On October 15, he served as a discussant for the Law, Crime, and Punishment panel at the New Directions in Law and Society conference held at the University of Massachusetts, Amherst.

Professor John Shahar Dillbary’s article, On Sinners and Scapegoats: The Economics of Collective Punishment (co-authored with Tom Miceli), will be published as the lead article in volume 100 of the Washington University Law Review (forthcoming 2023). He also recently presented his tort, environmental law, and anti-discrimination scholarship at the European Law and Economics Conference, at an Indiana Law Faculty Workshop, and at the Society for Environmental Law and Economics. He has been invited to present his experimental scholarship at the Max Planck Institute for Research on Collective Goods (Germany).  Additionally, Professor Dillbary is scheduled to present his empirical and theoretical works at the Southern Economic Association and the French Law and Economics Association.