Join Us for Homecoming on October 23 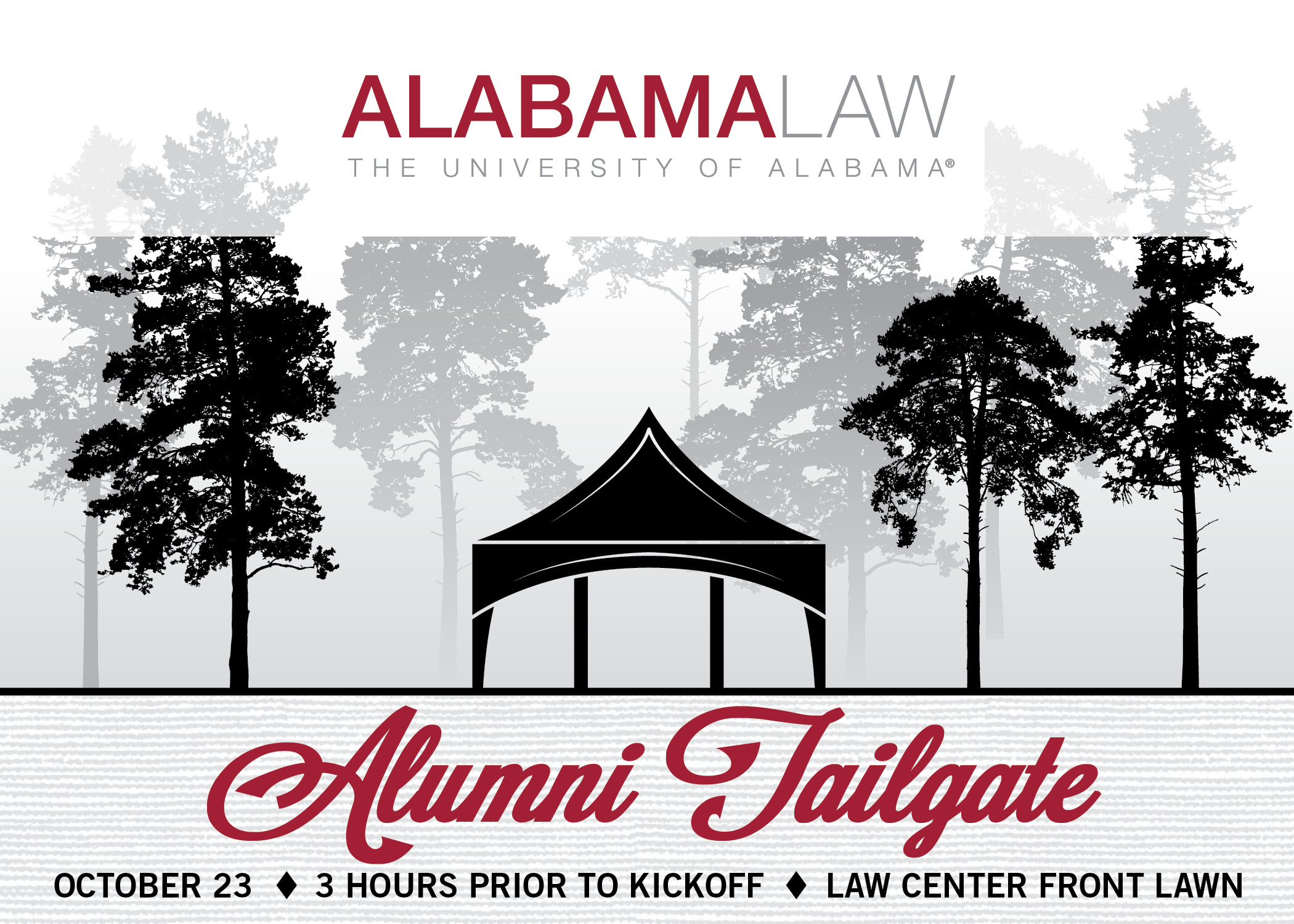 Visit with old friends and enjoy game-day fare on the front lawn before kickoff against the Tennessee Vols.

3 hours prior to kick-off

Transportation will be provided to the stadium before the game. 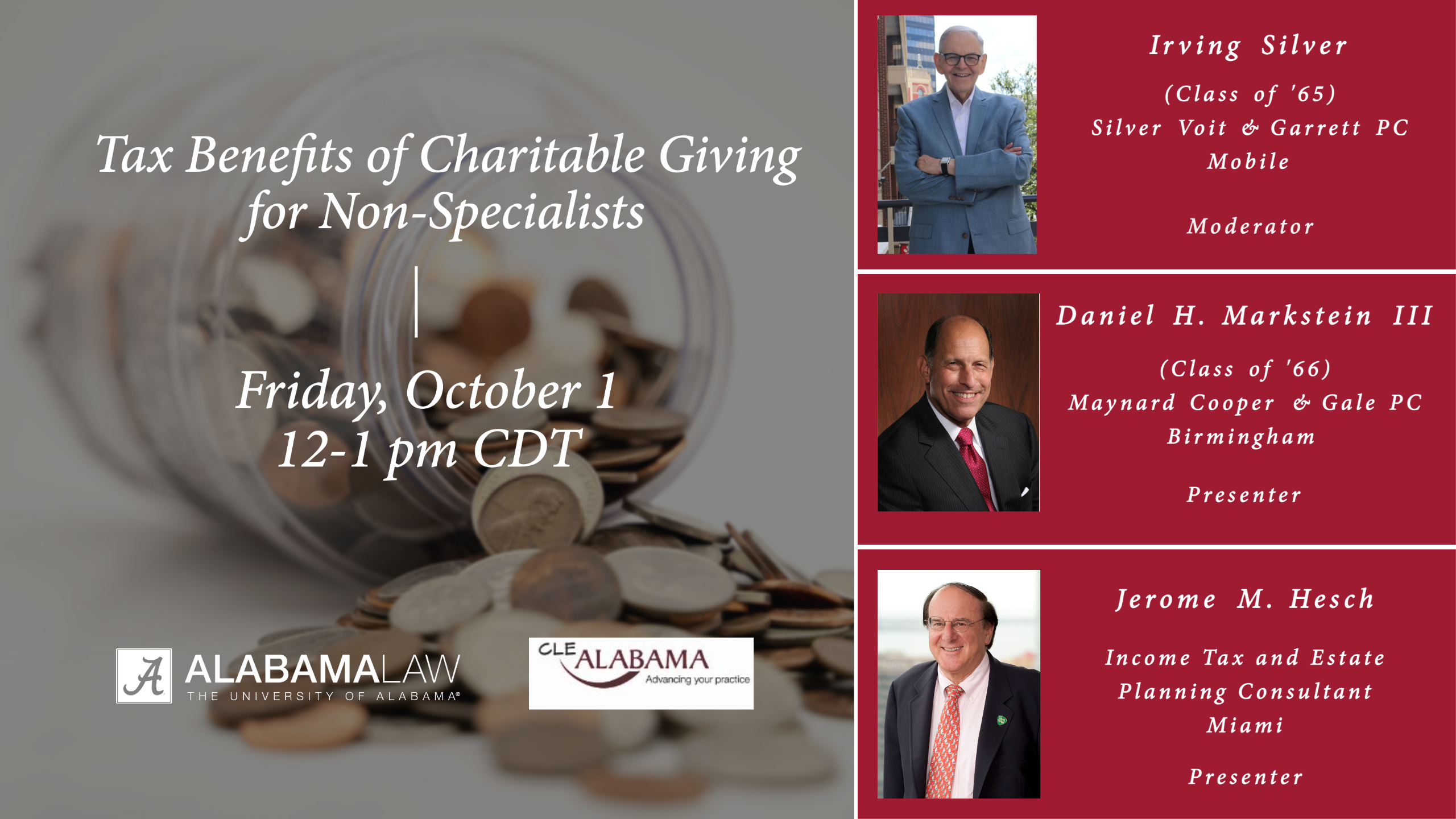 Join us this Friday, October 1 from 12-1 pm CDT, for the free CLE seminar titled Tax Benefits of Charitable Giving for Non-Specialists. Learn how to use simple examples to help your clients understand how to engage in charitable giving at little or no cost to them.
Register today by visiting the CLE Alabama website.

Aisha Hall (’15) joined the office of Jaffe Raitt Heuer & Weiss, P.C. as an associate in the electronic payments practice group in Southfield, MI.

Mary-Ellen (Wyatt) King (’02) was named Partner in the Coverage and Insurance Litigation Section of Thompson Coe LLP in Austin, TX.

Emily S. Lassiter (’00) saw the company she co-founded, The Wealth Edit, honored recently at the second cycle of the 2021 Alabama Launchpad competition.

Ken Simon (’74) was elected to The University of Alabama Board of Trustees, representing Alabama’s 7th Congressional district. In this position, he will be succeeding Judge John England, Jr. (’74), who is retiring after nearly 30 years of service as a judge in Alabama.
Austin Sistrunk (’14) joined Cranfill Sumner LLP’s Wilmington, NC office.

Professor Deepa Das Acevedo accepted an invitation to be an Associate Editor of the Law & Society Review, the flagship journal of the Law & Society Association and one of the primary venues for socio-legal scholarship around the world. Her term will run from October 2021 to March 2023.

Additionally, Professor Das Acevedo’s edited volume, Beyond the Algorithm: Qualitative Insights for Gig Work Regulation, received an Honorable Mention for the Society for the Anthropology of Work’s 2021 Book Prize.

At the William O. Douglas Centennial Conference held on Sep. 24, Professor Heather Elliott gave a virtual talk on Justice Douglas’s jurisprudence on standing. The conference was held at Whitman College in Washington, recognizing the 100th anniversary of Douglas’s graduation from Whitman.

Professors Richard Delgado and Jean Stefancic delivered the main address to the entering class at Boston University’s School of Social Work at its orientation program for new students.  They spoke on Critical Race Theory and its relation to social work.