Alabama Law Welcomes the Class of 2023

More than 50 percent of the 129 class members are women, and 21 percent identify as members of a racial or ethnic minority. The members of the Class of 2023 have studied, lived, or worked in 34 countries outside of the United States, including those in Africa, Asia, Europe, Central America, South America, the Caribbean, and the Middle East.

“You – individually and collectively – are impressive,” Brandon said. “And we – the entire faculty, staff, and student body – are excited to be able to welcome you into the community that is Alabama Law.”

Brandon said the members of the Class of 2023 will face two distinct challenges as they embark on the study of law.

First, he noted racial injustice and the deaths of African Americans at the hands of police or self-appointed vigilantes. It is clear, he said, that the nation’s laws, institutions, and culture will require rehabilitation and renewal if the country is to realize an elemental purpose of the Constitution: the creation of a “more perfect Union.”

“It falls to all of us to participate in realizing this purpose,” he said. “But it will fall with special force to you and your generation of lawyers to carry forward into the future the struggle to realize values that are central to the rule of law in a constitutional society.”

The second challenge, he said, is the global pandemic. It is affecting virtually every aspect of life, including how students will participate in the life of the Law School.

“First, try to be patient: with the circumstances in which we find ourselves, with the many inconveniences that the virus has precipitated, and with one another.”

Finally, Brandon invited the members of the Class of 2023 to leave a mark on law school, society, and the law.

“In your studies – and in your professional lives – leave a trace. And make it a trace you’ll be proud you left,” he said. “Make your mark: on the School of Law, on your community, nation, and the world through law, on the law itself. Make them better than you found them.”

Professor Tara Leigh Grove is quoted by NPR about an executive order that is designed to lower the cost of prescription drugs.

For more, read “‘All Bark And No Bite’: Trump Holds Prescription Drug-Pricing Order In Search Of Deal.”

Professor Shahar Dillbary, along with Cherie Metcalf of Queen’s University and Brock Stoddard of Appalachian State University, published Incentivized Torts:  An Empirical Analysis. The article finds that subjects can be just as likely to commit a tort under a liability regime as they would be when facing no tort liability.

Professor Adam Steinman, along with Attorney Elizabeth Cabraser of Lieff Cabraser Heimann & Bernstein, published an article, What Is a Fair Price for Objector Blackmail? Class Actions, Objectors, and the 2018 Amendments to Rule 23, 24 Lewis & Clark L. Rev. 549 (2020). This article examines a recent amendment to Rule 23 that offers a new solution to the persistent problem of strategic objections.

Professor Linetsky Weighs in on Use of Tear Gas against Protesters

Professor Yuri Linetsky is quoted by The Pew Charitable Trusts about bans on police using tear gas against protesters.

Professor Dan Joyner is quoted in The Guardian about the United Kingdom lobbying Congress to support a controversial new warhead for Trident missiles.

During the closing ceremony, Alabama Law provided certificates of completion to 25 participants and recognized those who had excelled in contracts and legal writing. Teaching assistants also awarded certificates to three students for outstanding leadership. 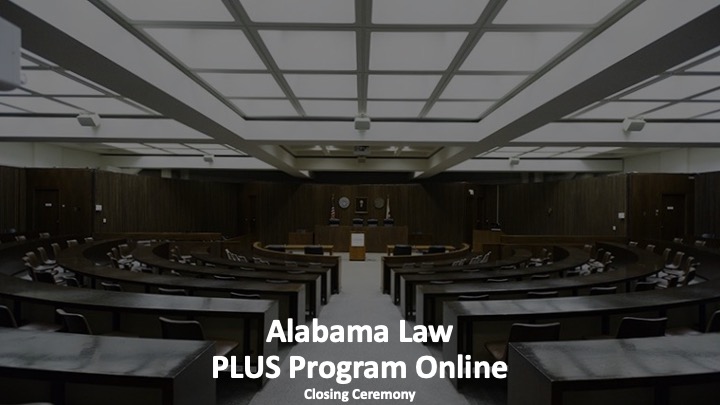 This year, the Law School hosted a virtual PLUS Program for students who live in 17 states. Due to the pandemic, the program was held online.

Dawn Sharff, the managing partner of Bradley’s Birmingham office, welcomed the students and provided a brief overview of the firm and its 10 offices. Attorneys, including Stanley Blackmon (’15), answered questions about several issues – from whether it matters which major a student chooses in college to what it’s like to work at a large firm to how to strike a balance between career and personal interests. 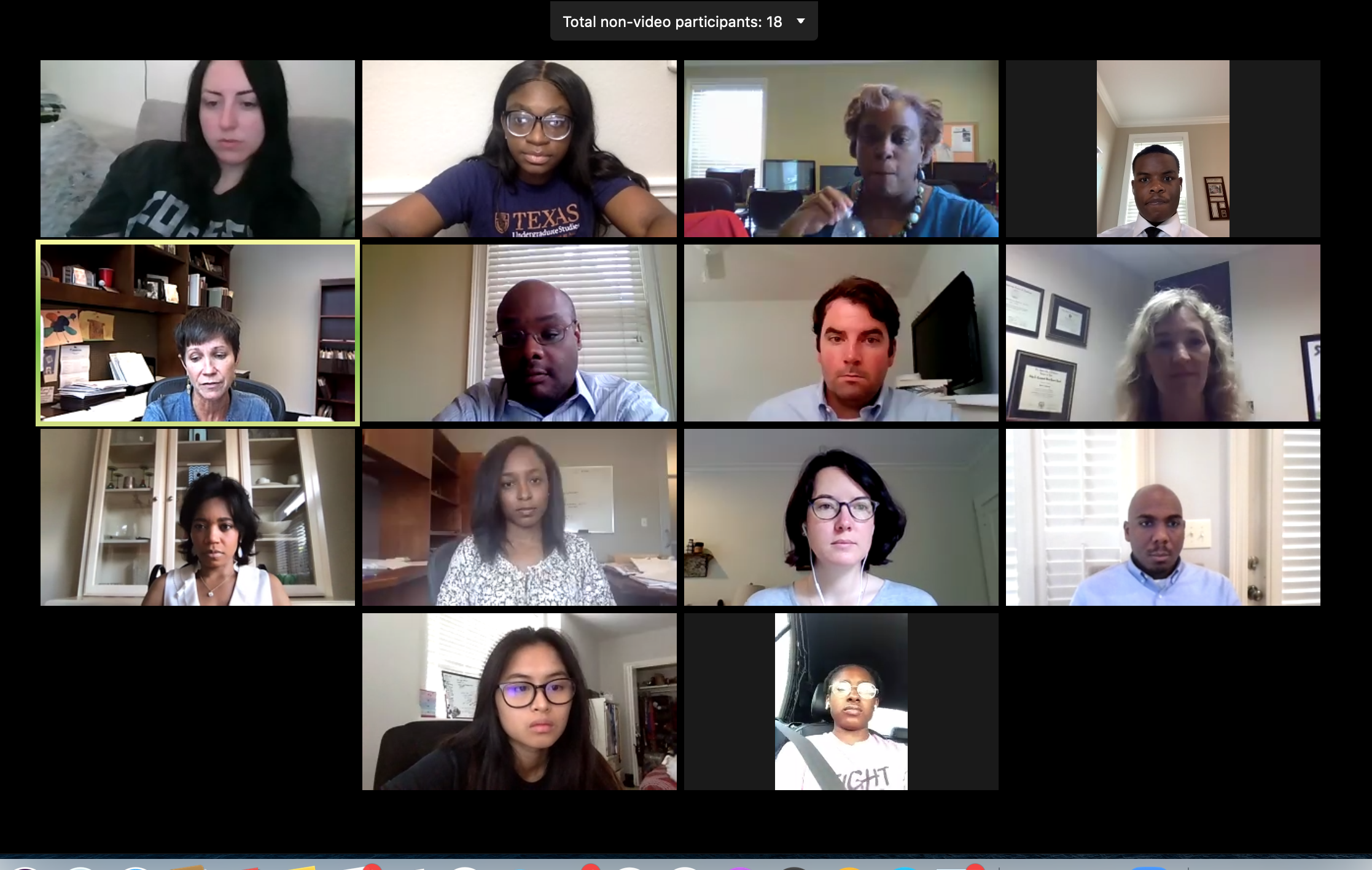 Plus Program participants listen to lawyers from Bradley.

Panelists encouraged participants to pursue their interests in college, discussed the structure of law firms, and shared their best and worst days at work.

The PLUS program is funded by a $300,000 grant from the Law School Admission Council. It helps prepare students for the law school admission process, success in law school, and careers in the legal profession.

This year, the Law School is hosting the PLUS program for 25 students who live in 17 states. Due to the pandemic, the program has moved entirely online.

Professor Fred Vars is quoted in the Louisville Courier-Journal about a new law that will create a voluntary gun registry program in Virginia.

For more, read “Why This Little-Known Gun Law Lets People Voluntarily Ban Themselves from Owning Guns.”

Professor Vance Weighs in on Use of Federal Agents in Portland

Professor Joyce White Vance writes an op-ed for TIME magazine about the deployment of federal agents against protestors in Portland.

For more, read “Trump’s Use of Federal Agents in Portland May Go Beyond What Is Lawful. Here’s How We Can Get Answers About What’s Going On.”