Professor Bryan Fair was quoted by WVAU in an article that highlights the memory of Dr. Pauli Murray who is one of the many Black heroes of the 20th century. You can view the full piece titled “Women’s History Month: Rev. Dr. Pauli Murray is an Unsung Icon” here. 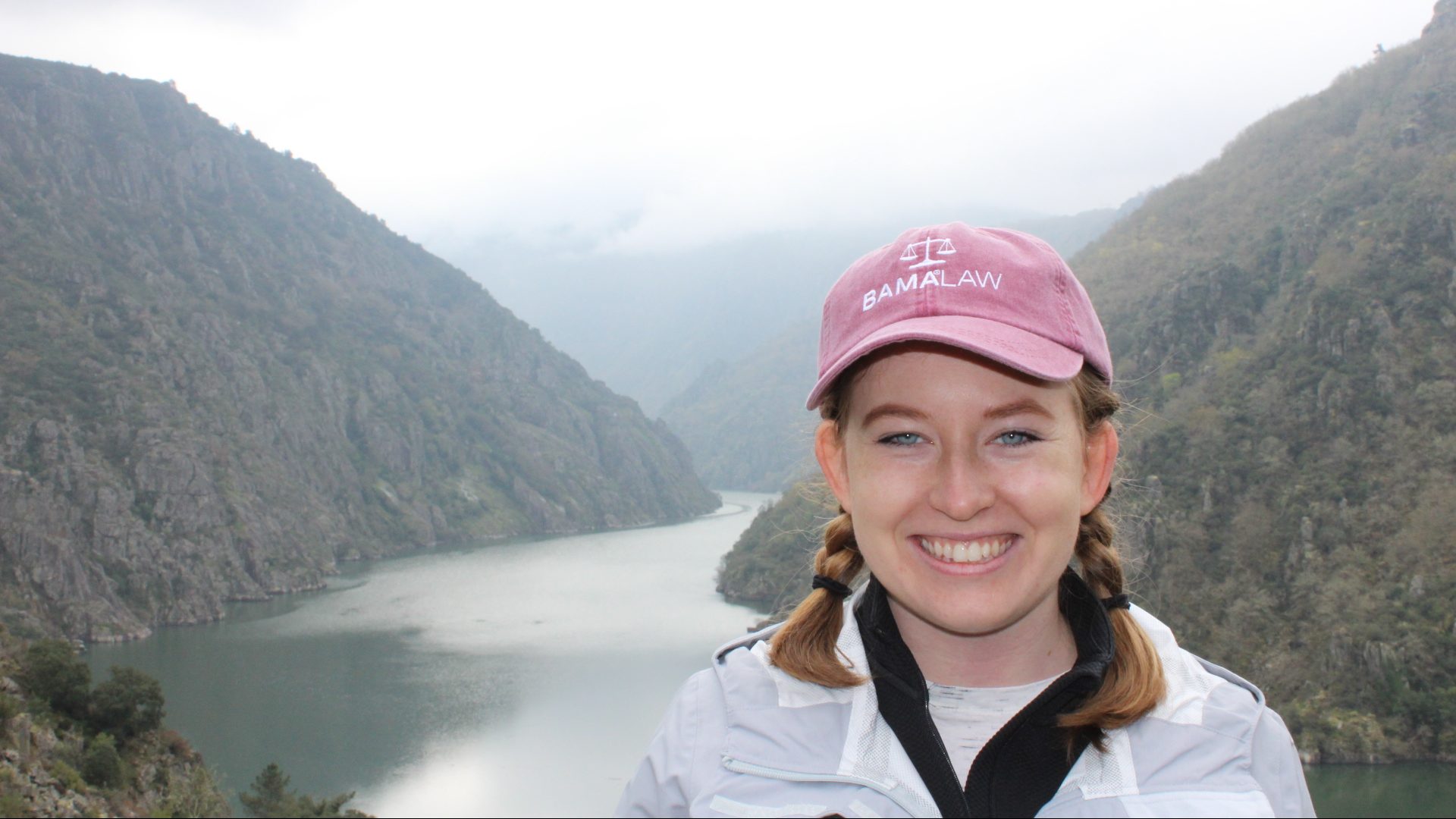 Since 2015, UA has produced 82 Fulbright recipients —setting a personal record with 17 students being named Fulbright Finalists this year alone. Caroline Smith Dean, a 1L Alabama Law student, is one of these 2021 Fulbright awardees.

The University of Alabama School of Law is ranked 25th among the nation’s top law schools, both public and private, according to U.S. News & World Report’s annual “Best Graduate Schools” rankings for 2022.

The U.S. News rankings of 193 law schools fully accredited by the American Bar Association are based on a weighted average of the 21 measures of quality–including a peer assessment score and an assessment score by lawyers and judges. Data were collected in fall 2020 and early 2021.

Susan Donovan, director of the Mediation Law Clinic at The University of Alabama School of Law, was appointed to the Alabama Supreme Court Commission on Dispute Resolution. In this position, Donovan will help lead the development of Alternative Dispute Resolution (ADR) in Alabama. Her service began in February of 2021 and will run through December of 2023.

Kyra Perkins, a 1L Alabama Law student, was selected to join Elie Honig, CNN legal analyst, as a co-host on the Café Studios Podcast “Third Degree.” Perkins is the only 1L and one of just three law students from across the country who were selected for this honor—the other two selectees being Harvard Law and NYU Law students.

Keith Brown (’98), president of Jefferson State Community College, was named a member of the Leadership Council for Building (it) Together by Central Six AlabamaWorks! and the Birmingham Business Alliance.
Allen Denson (’08) has joined Venable LLP as a partner in the Washington, DC office.
James Eubank (’07 ) was named principal at Beasley Allen in Montgomery, AL.
Kelsey Finn (’20), associate executive counsel in the office of Georgia Governor Brian P. Kemp, was appointed to the Georgia State Records Committee.
Greer Mallette (’99) has been named managing partner at Christian & Small LLP in Birmingham.
Marcus Maples (’06), shareholder of Baker Donelson in Birmingham, has been selected to participate in the 2021 Leadership Council on Legal Diversity (LCLD) Fellows Program, a landmark program created by the LCLD to identify, train, and advance the next generation of leaders in the legal profession

Montrece McNeill Ransom (’01) has been named director of the National Coordinating Center for Public Health Training at the National Network of Public Health Institutes in New Orleans.
Jason G. Roberts (’00), director of industry and workforce development of the St. Clair County Economic Development Council, was named a member of the Leadership Council for Building (it) Together by Central Six AlabamaWorks! and the Birmingham Business Alliance.

Leigh Veillette (’15) has been appointed as the director of the Division of Corporations and Commercial Code for the Utah Department of Commerce in Salt Lake City.

Professor Deepa Das Acevedo’s article, “Essentializing Labor Before, During, and After the Coronavirus Pandemic,” was published in Vol. 52 of Arizona State Law Journal.

Additionally, Professor Acevedo was featured in Cambridge NOW, the blog of Cambridge University Press, where she discussed her “wish-list” for the Biden Administration’s labor and employment policies.

On March 10, Professor Acevedo gave a virtual talk about her forthcoming book, “The Battle for Sabarimala, to the American Bar Foundation,” where she is a Visiting Scholar for the 2020–21 academic year.

World University News (Global Edition) published a story on critical race theory, highlighting Richard Delgado and Jean Stefancic’s role in the development of this scholarly movement in the law. Drawing comparisons to Mary Shelley’s novel, Frankenstein, the author shows how the movement lends a sharp edge to anti-colonial thought and perspectives and is catching on throughout the English-speaking world.

On Sunday, Feb. 28, 2021 Michelle Goldberg covered much the same events in the New York Times, but without the above-mentioned literary allusion.  Her column dealt with former President Trump’s speech and Executive Order decrying the movement, citing Delgado’s work on hate speech in particular.

Social Science Research Network (SSRN) notified Delgado that his paper  “Words That Wound: A Tort Action For Racial Insults, Epithets, And Name-Calling,” made a Top Ten download list for: Law & Society: Private Law – Torts. As of 17 March 2021, the paper had been downloaded 2,774 times.​

In February, Professor Shahar Dillbary and his co-author, Professor Griffin Edwards of the Collat School of Business at The University of Alabama, Birmingham were named the Dukeminier Awards’ Stu Walter Prize winners for their co-authored article, “An Empirical Analysis of Sexual Orientation Discrimination,” 86 U. Chi. L. Rev. 1 (2019). The Dukeminier Awards are bestowed annually by The Williams Institute at UCLA School of Law in recognition of the best law review articles concerning sexual orientation and gender identity. The study produced by Dillbary and Edwards is the first to empirically demonstrate widespread discrimination across the United States based on perceived sexual orientation, sex, and race in the mortgage lending process.

Professor Dillbary’s most recent article, “The Case Against Collective Liability,” was just published as the lead article in the Boston College Law Review. This theoretical article investigates the role of collective liability regimes including res ipsa and offers surprising insights and guidelines to courts, practitioners and policy makers.

In January of this year, Professor Joyce Vance started a podcast called #SistersInLaw, which provides legal analysis on issues of current interest, along with three other lawyers: Jill Wine-Banks who was the only woman on the Watergate team, U Mich Law Prof Barb McQuade, and Boston Globe opinion columnist Kimberly Atkins. A new episode is released weekly on Friday afternoons and is already very highly rated.

Professor Vance also published op-eds in The Washington Post and USA Today, was a guest on Café Insider and Legal Talk Network, and was featured on MSNBC multiple times throughout the month. 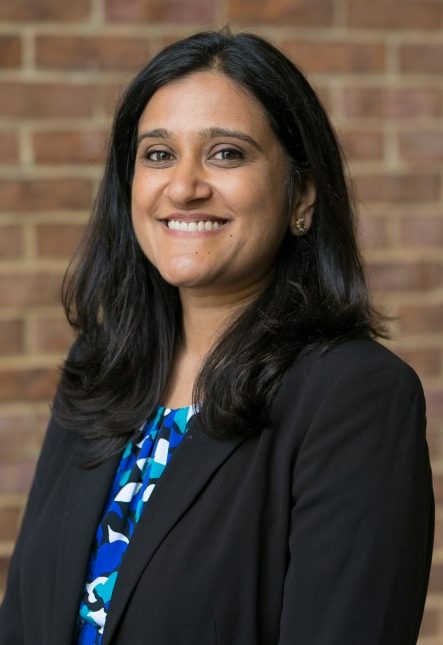 Professor Jenny Carroll was quoted in The Washington Post article “Sedition Charges for Capitol Rioters: Here’s How Historic That Would Be.” You can read the full piece here.

Since 2015, UA has produced 82 Fulbright recipients —setting a University record with 17 students being named Fulbright Finalists this year alone. Caroline Smith Dean, a 1L Alabama Law student, is one of these 2021 awardees.

With a bachelor’s degree that includes double majors in English and Spanish, and a minor in creative writing, Dean believes it was her passion for world cultures and teaching that set her apart from other applicants during the Fulbright process. After working as an ESL tutor in Tuscaloosa schools, and learning about the school to prison pipeline both in her first semester at the Law School and with the Blackburn Institute, Dean knew she wanted to work in juvenile law. A legal background would equip her to battle the many barriers and challenges students in low-income areas experience, including poor graduation rates and the associated funnels that too often lead directly into the prison system.

“The teachers in these schools are working so hard, but it’s really disheartening to see the lack of resources they have. If a teenager does something wrong, there’s really no programs to help them, they just immediately get a record. Then they keep trying to get out of the system but can’t when it’s not their fault that they don’t know anything else. So, I’m really passionate about fighting for kids to get second chances,” Dean explained.

Due to COVID travel restrictions over the summer, Fulbright emailed Dean in December, more than a year after she applied, to ask her if she could be in Spain in January. Dean said she initially refused for many reasons but largely because she had just entered into her first year of law school. However, with a large amount of cooperation from UA’s Law School office, Dean was able to put her spring semester on hold while maintaining her scholarships for when she returns.

“They’ve been just great, they allowed me to keep my scholarship for when I come back and they emailed me saying if I needed any help with anything to let them know,” Dean said. 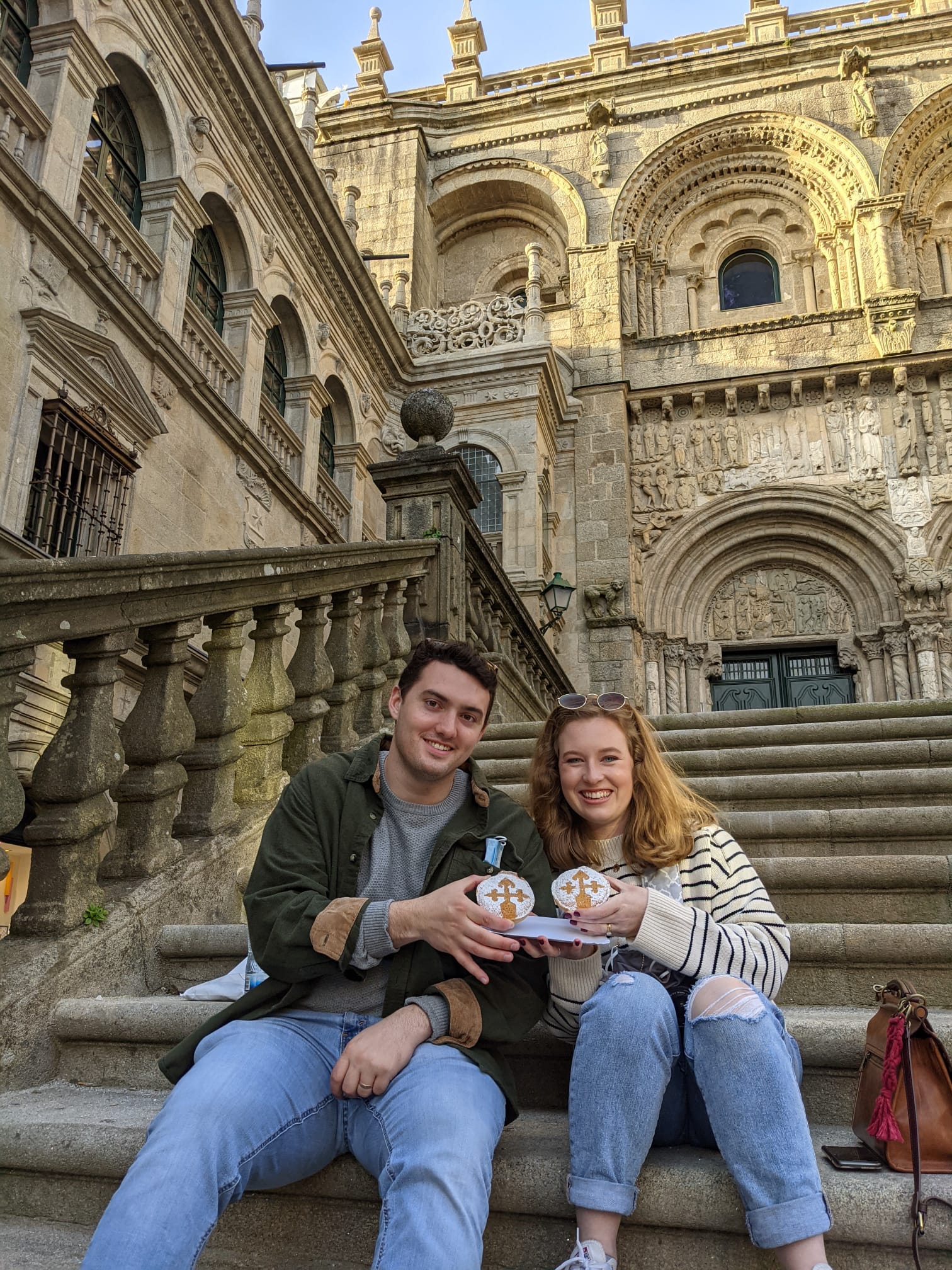 Dean currently lives in Ourense, Galicia, Spain where she teaches English and Art to first through sixth grade at the CEIP Plurilingüe o Ruxidoiro, a local elementary school. Her side project, which is often a required aspect for Fulbright awardees who travel to teach English instead of do research, is a food blog comparing traditional Spanish foods to the Southern comfort food she is familiar with.

“One of the things I love the most about the Spanish culture is how important food and hospitality is to them. It’s very similar to the South in that way, and I come from a big family of foodies so that’s been something I’ve really enjoyed about Spain,” Dean said.

In her free time, Dean has experienced a lot of adventure in Spain, even with the tight COVID restrictions. Dean said one of her favorite moments was eating a famous Galician dish, Tartade Santiago, on the steps of a cathedral in the capitol after having baked the dish for a class a few years prior. Another moment that stood out to Dean was a mix-up at a car rental facility that led to her, her husband, and a friend driving around the mountains of Galicia in a Jaguar. 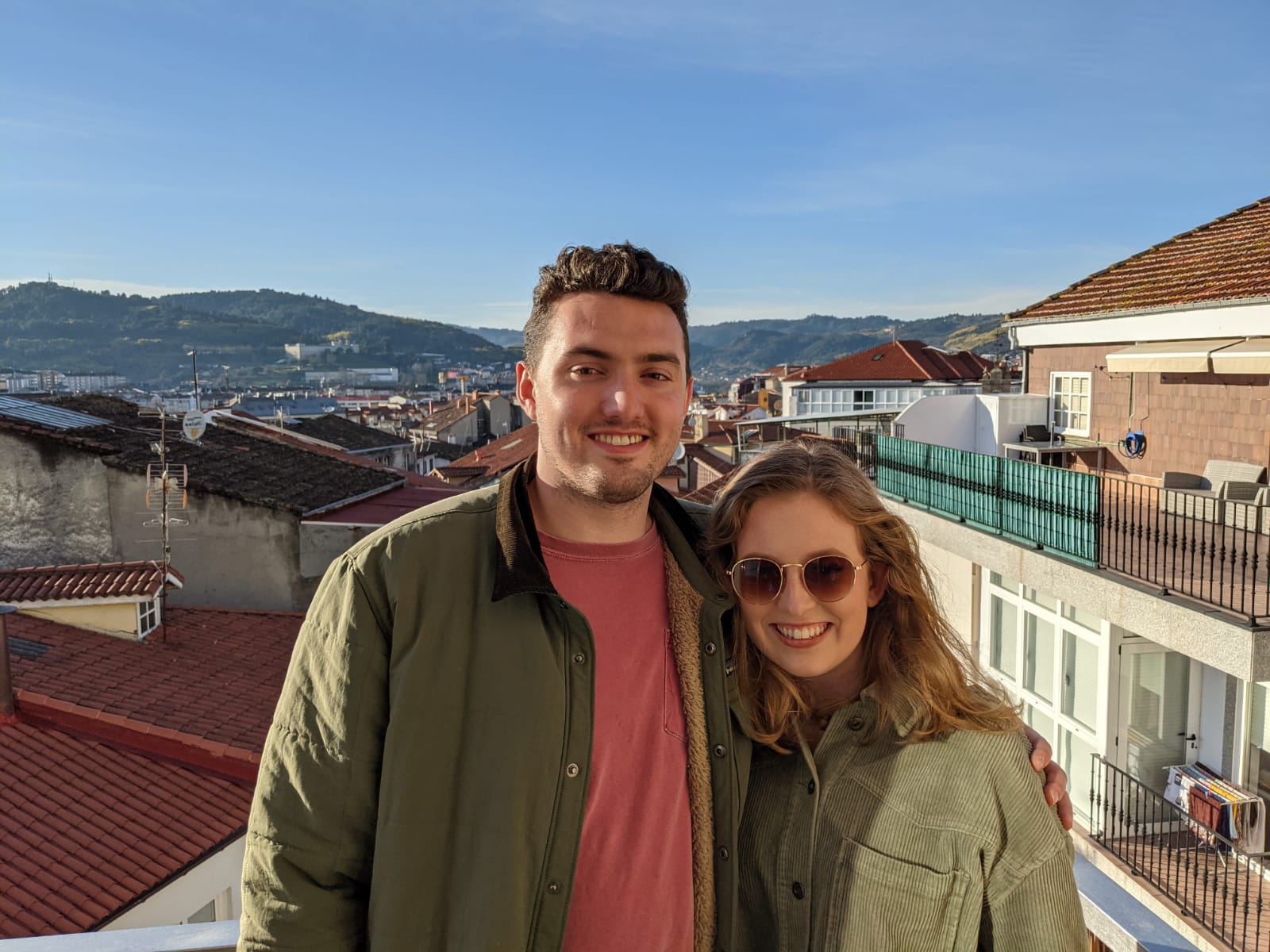 Looking back, Dean is grateful that she did accept, and she eagerly looks forward to returning to campus with her new Spanish skills and a better understanding of how to communicate with the young people she will someday represent. While she expressed some nerves over the 1L workload awaiting her in Tuscaloosa, Dean stated that her time away has increased her passion for law school and that she hopes to bring what she learns abroad into both her future at UA Law School and her future law career.

On March 10, Professor Deepa Das Acevedo gave a virtual talk about her forthcoming book, The Battle for Sabarimala, to the American Bar Foundation, where she is a Visiting Scholar for the 2020–21 academic year.

The Battle for Sabarimala is the first monograph length treatment about the dispute over gender equality and religious freedom involving the Sabarimala temple in Kerala, India. Building on over a decade of research into secular governance and temple management in India, Das Acevedo identifies the battle for Sabarimala as a key urning point for India’s approach to religion-state relations.

Read more about Das Acavedo’s forthcoming book and her presentation on the American Bar Foundation site.

The Alabama State Bar is hosting a virtual event titled “Reclaiming Civility in Law, Politics & Life: The Importance of Perspective-Taking in the Legal Profession” on March 30, 2021 at 11 am CT. Professor Joyce Vance and Jay Town, two former U.S. Attorneys who are dynamically opposed on most political issues, will engage in a conversation, moderated by Cathy Wright, to underscore the importance and advantages of participating in thoughtful and civil discourse in the legal profession.
This course has been approved for 1.0 hour CLE, including 1.0 Ethics. To register for this event, click here.