Alabama Law Celebrates the Class of 2022 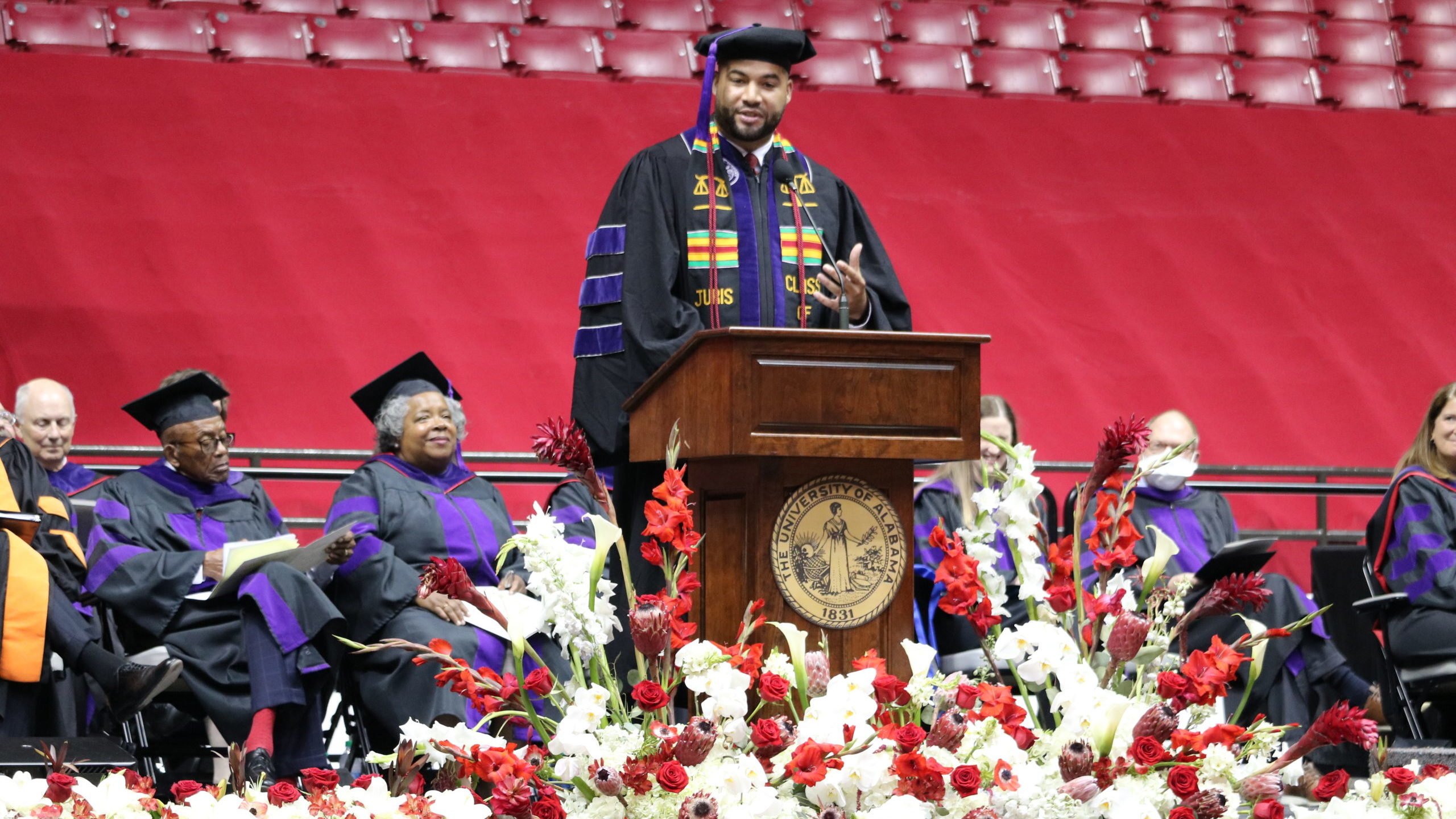 On Sunday, May 8, The University of Alabama School of Law hosted the 2022 Alabama Law Commencement Ceremony at Coleman Coliseum. During the celebration, the School of Law awarded Juris Doctor Degrees to 133 students—including four J.D. students who took joint degrees in Business Administration, Social Work, or Civil Engineering and seven J.D. students who also took an LL.M (Master of Laws Degree) in Taxation or Business Transactions. An additional 11 students were awarded LL.M degrees in Taxation or Business Transactions.

The commencement address was given by attorney, child advocate, and nationally renowned motivational speaker, Liz Huntley—author of the memoir More than a Bird, a story of how one can triumph in the face of adversity.

“This is just a stepping stone. It is not your final destination,” said Huntley. “You are the gatekeepers of liberty and justice. You have been given a gift—the gift and ability to think like a lawyer and serve so many. The question is, what are you going to do with what you have?” 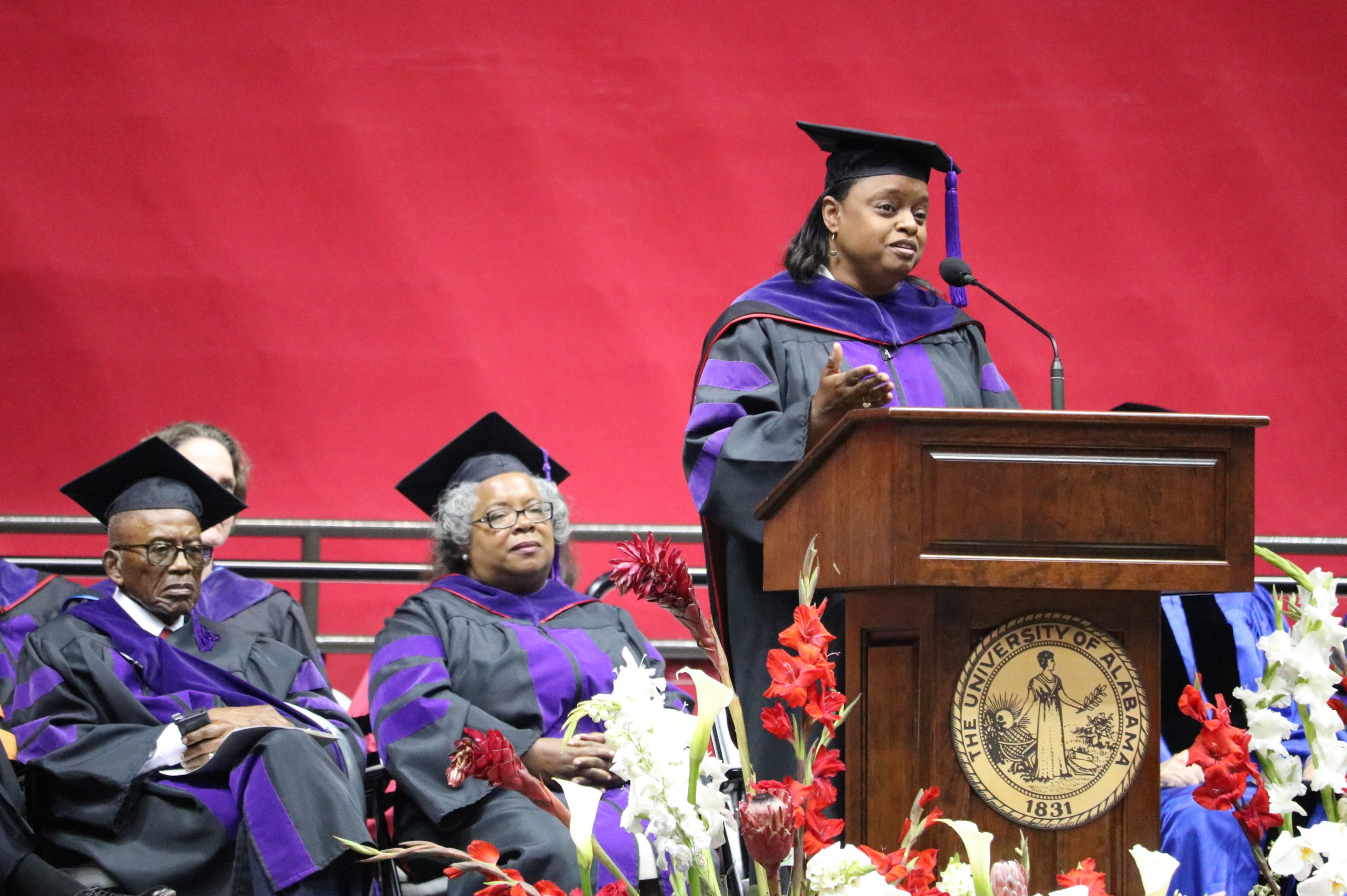 Early in her speech, Huntley highlighted the uniqueness of the 2022 Commencement Ceremony—which fell on the 50th Anniversary of the graduation of the first Black Law students from the University of Alabama School of Law. In a historic moment in juxtaposition to the 50th Anniversary, Dean Mark E. Brandon, by resolution of the Board of Trustees of the University of Alabama System, presented civil rights pioneer and attorney Fred David Gray with an Honorary Doctor of Laws Degree.

Among the many notable civil rights icons Gray represented—including Rosa Parks and other plaintiffs in the Montgomery Bus Boycott, Dr. Martin Luther King, Jr., and participants in the Selma March—he successfully represented Vivian Malone and James Hood in their quest to enroll at The University of Alabama in 1963, playing an indispensable role in the legal desegregation of public education in Alabama and throughout the United States. 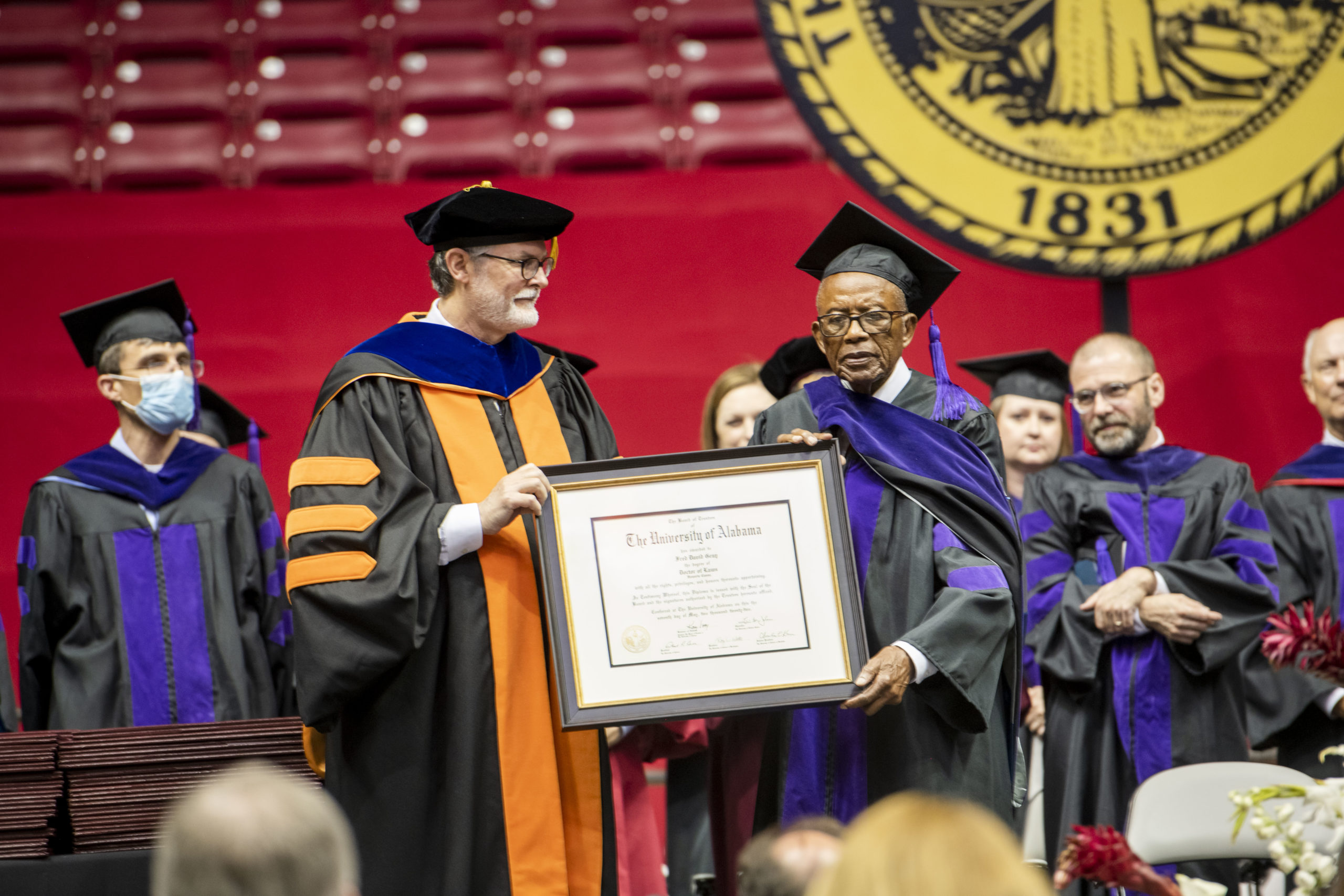 Despite being an Alabama native and holding true to a lifelong commitment to civil rights efforts in Alabama and in the South, Gray earned his Juris Doctorate from Case Western Reserve University School of Law in Cleveland, Ohio, because there wasn’t a law school in the state of Alabama at the time — including the University of Alabama — that would accept African American students. In fact, the State of Alabama would pay the tuition of Black students (including Mr. Gray) to study law elsewhere. Read more about the presentation of the honorary degree to Mr. Gray in this story.

For anyone who was unable to attend the graduation ceremony, a full video recording of the 2022 Alabama Law Commencement Ceremony is available on the Law School’s website.