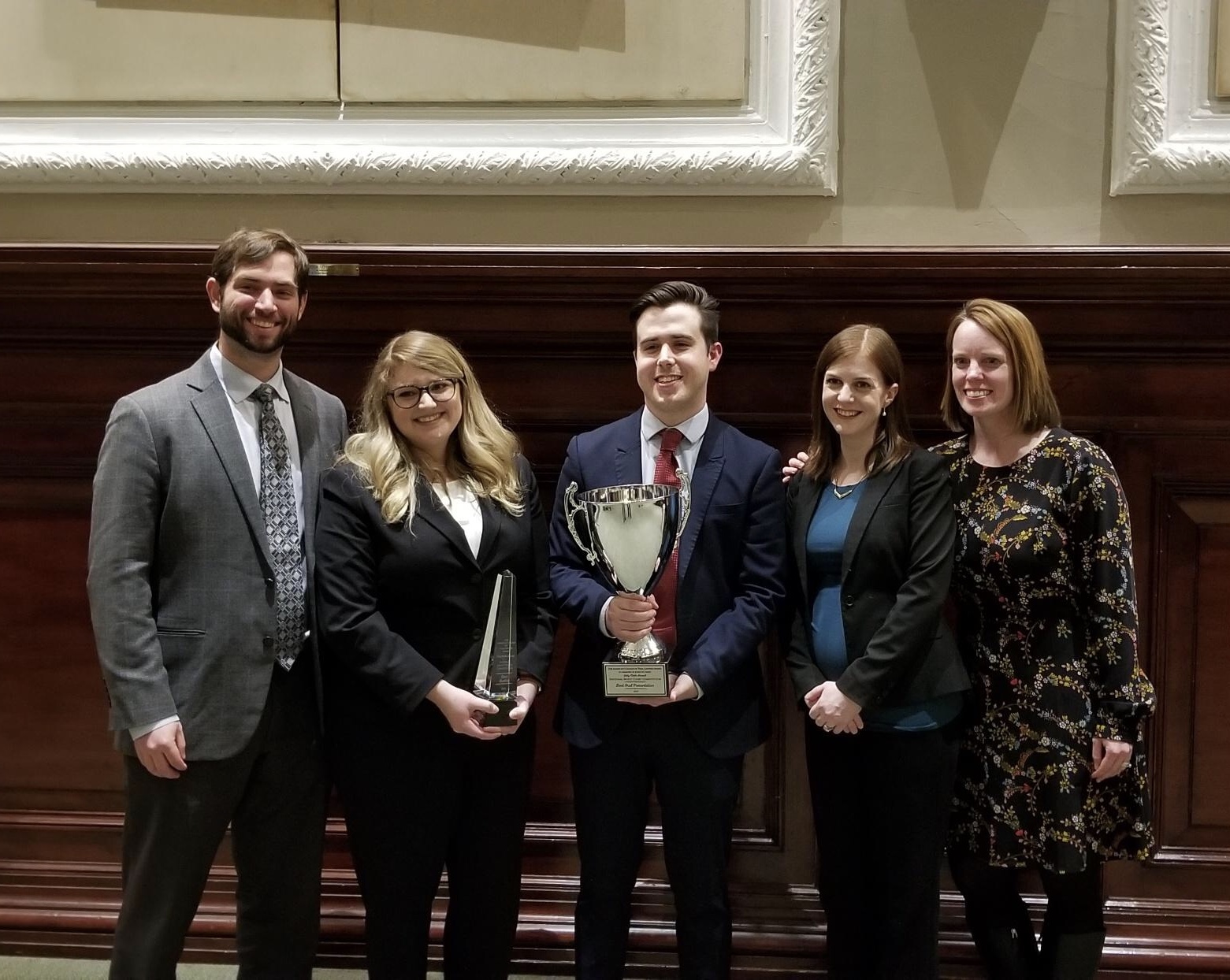 Lindsey Barber, Cory Church, and Anne Miles Golson, all 2Ls, won the 69th Annual National Moot Court Competition in New York. This is the first championship for The University of Alabama in the event’s history.

The Hugh F. Culverhouse Jr. School of Law’s team won two preliminary rounds and then defeated William & Mary in the Round of 16, South Texas College of Law in the quarterfinals, and Iowa in the semifinals. In the championship round, the team defeated the defending national champion, Northwestern, completing an undefeated run at the national tournament.

Before a panel of six federal and state appellate court judges, the Law School’s team defeated Northwestern in a round that Judge Richard C. Wesley described as having advocacy better than he had heard in his hearings that day.

More than 150 teams entered the competition. The top 28 qualified for the National Finals. Of the 28 teams that competed at the national tournament, the Alabama team was the only team comprised solely of second-year law students.

The Moot Court Fellows program was started in 2011 to train a team of 2Ls in moot court so that they would be more likely to achieve success in their third year. This is the second year in the last four years that the Alabama Moot Court Fellows team has advanced past regionals to the national tournament.

Golson was named the Best Advocate for the tournament. The team was coached by Assistant Dean for Students Mary Ksobiech and managed by Josh Kravec, 2L.

This summer, Barber will work for Baker Donelson and Waller Lansden in Birmingham. Church will spend his summer at Bradley Arant and McGuire Woods in Charlotte, North Carolina. Golson will split her summer between Bradley Arant in Birmingham and Jones Day in Washington, D.C.