Alabama Law Honors William B. Hairston, Jr. (’50) with Classroom That Bears His Name

Alabama Law honored the life and legacy of William B. Hairston, Jr., and named a lecture classroom the Hairston Classroom.

A plaque, displayed outside of the classroom, notes that the Law School received a generous gift to enhance the educational experience of law students by utilizing state-of-the-art technology. The Hairston Classroom features LED lights, new furniture, a projector, a projector screen, and a 21st Century audio and visual system. 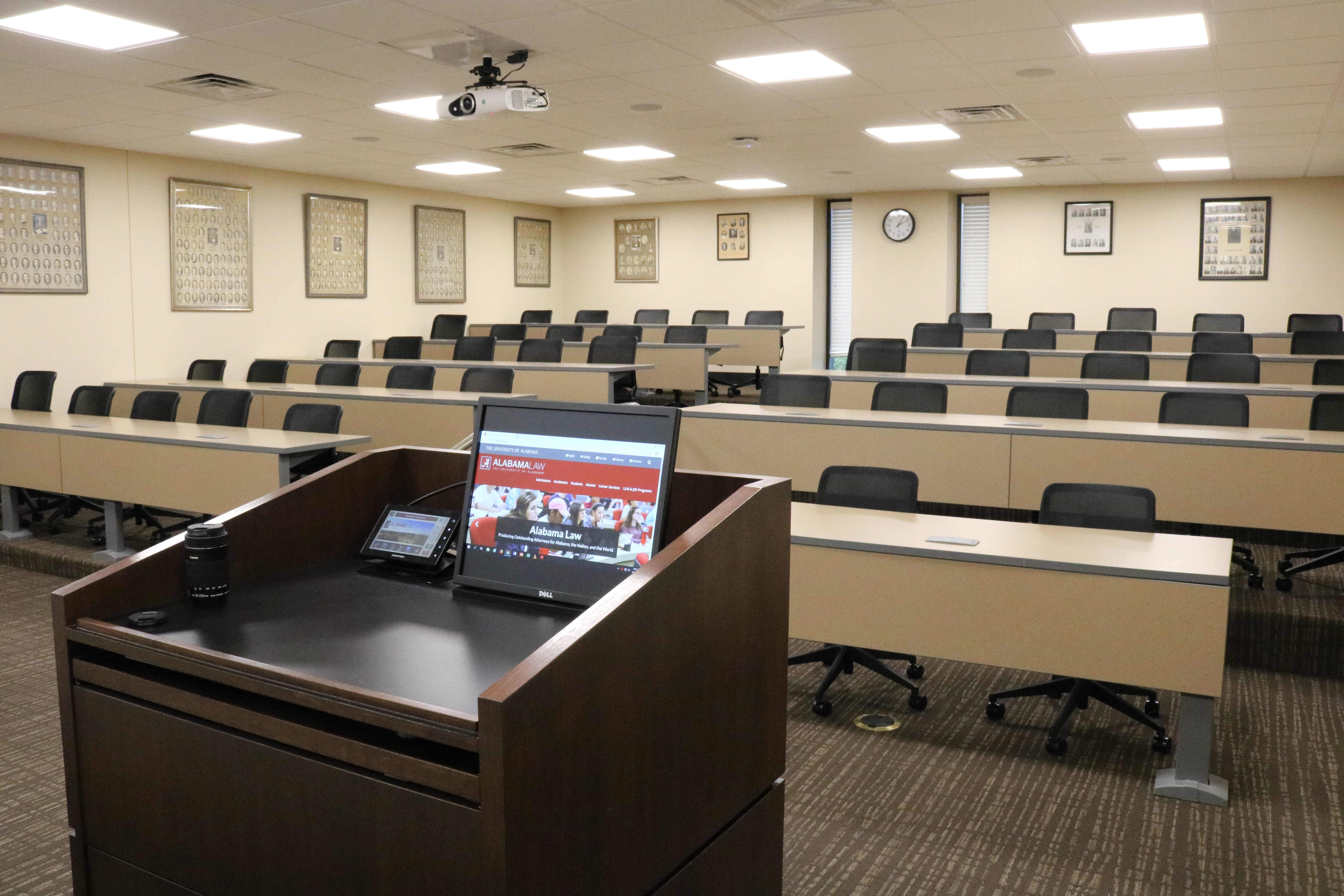 The late Mr. Hairston (’50) was a lawyer, a scholar, and a teacher. “It’s fitting that one of the ways we will remember him here is in a classroom,’’ Dean Mark E. Brandon said. “On behalf of students who will enjoy studying in this room and being taught in this room, we are deeply grateful for the generous gift that made it possible.”

Brandon thanked Hairston’s son, William B. Hairston, III, and his mother, Louise Poe Hairston, for their generosity and for letting the Law School share in their family’s history.

Mr. Hairston, in turn, thanked Dean Brandon for allowing his family to bring his father home.

“His picture is in the Class of 1950, with all of his colleagues that he loved very dearly. He loved lawyers. He enjoyed being with them more than anything else. They were part of his family,” he said. “And so I felt when this room opened up, it worked out great because it’s the room where his photo resides.”

A member of the UA Law School Class of 1950, Mr. Hairston assisted in fundraising efforts for the current Law School building, which was completed in 1977. He was a founding partner in the firm of Engel, Hairston & Johanson. He practiced law for more than 50 years, and he played an influential role in the development of the state’s court system. A former president of the Alabama State Bar, he served as a member of the Alabama Judicial Conference, the Judicial Inquiry Commission, and the Alabama Law Institute. He passed away in 2015.

Immediately following a brief ceremony, the Law School hosted a reception for family, friends, and classmates of the late Mr. Hairston.