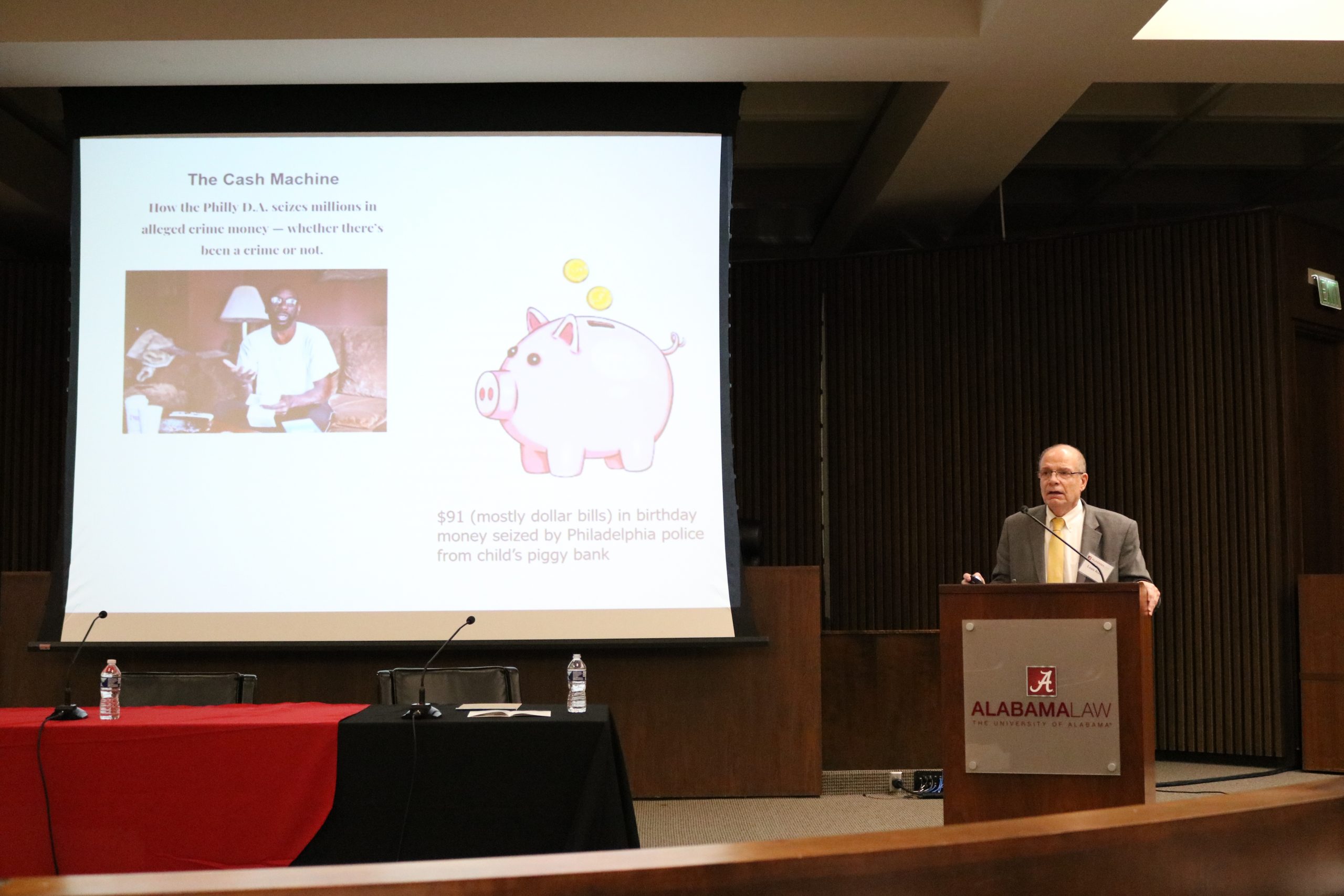 The Alabama Law Review hosted a one-day symposium, Timbs v. Indiana One Year Later: The Future of Civil Asset Forfeiture, on Friday at the Law School. The symposium explored the consequences of this decision of the Supreme Court of the United States.

Each year, law enforcement officials seize millions of dollars in cash, cars, homes, and other property, regardless of guilt in relation to a crime. In the past year, civil asset forfeiture has undergone significant scrutiny as it resides at the intersection of civil, criminal, and constitutional law.

In its landmark 2019 opinion, Timbs v. Indiana, the Supreme Court held that the Eighth Amendment’s Excessive Fines Clause is an incorporated protection applicable to the states and may, as a result, regulate state civil asset forfeiture.

This symposium featured three panel discussions with prominent law professors and practitioners and a keynote address from Louis Rulli, a Practice Professor of Law at the University of Pennsylvania Carey Law School. Professor Rulli shared the stories of several Philadelphia residents who lost property to civil asset forfeiture. Most of the residents were people of color and lived in low-income areas of the city.

“The disproportionate statistics, when we look at civil asset forfeiture, is shocking, and it is not simply explained by fighting crime,” he said.