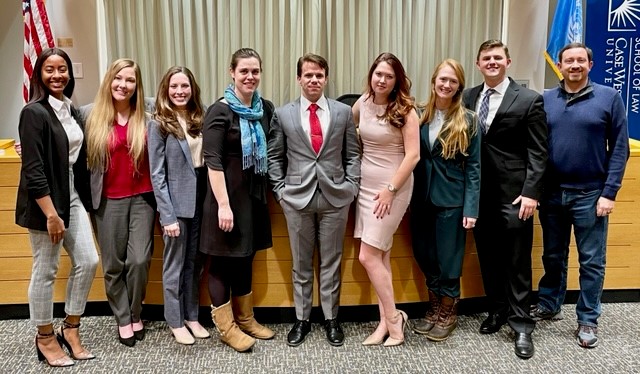 Last weekend, the Alabama Law Mock Trial Teams consisting of Adelaide Beckman (3L), Raine Cook (2L), and Amy Harper (3L), Walker Kowalchyk (2L), Jeremy Martin (2L), Julie Newton (2L), Jillian Vice (2L), and Louisa Chafee Weiss (2L), and under the direction of Professor Yuri Linestsky, competed against 18 teams in the Case Classic Mock Trial Tournament at Case Western University in Cleveland, Ohio.  They received effusive praise from the judges, with one of the teams making it to the championship round. In addition, team member Amy Harper was one of the three finalists for the Overall Best Advocate award in the tournament.

The team’s success was the result of a great deal of hard work by all the team members, including Courtney Garrett (2L) who served as an alternate, and the generosity of faculty members and guest judges who took time to judge practice rounds and provide helpful feedback including Professor Steve Emens, Scott Sloss (’21), and JR Krebs (’17).