Alabama Law Welcomes the Class of 2021 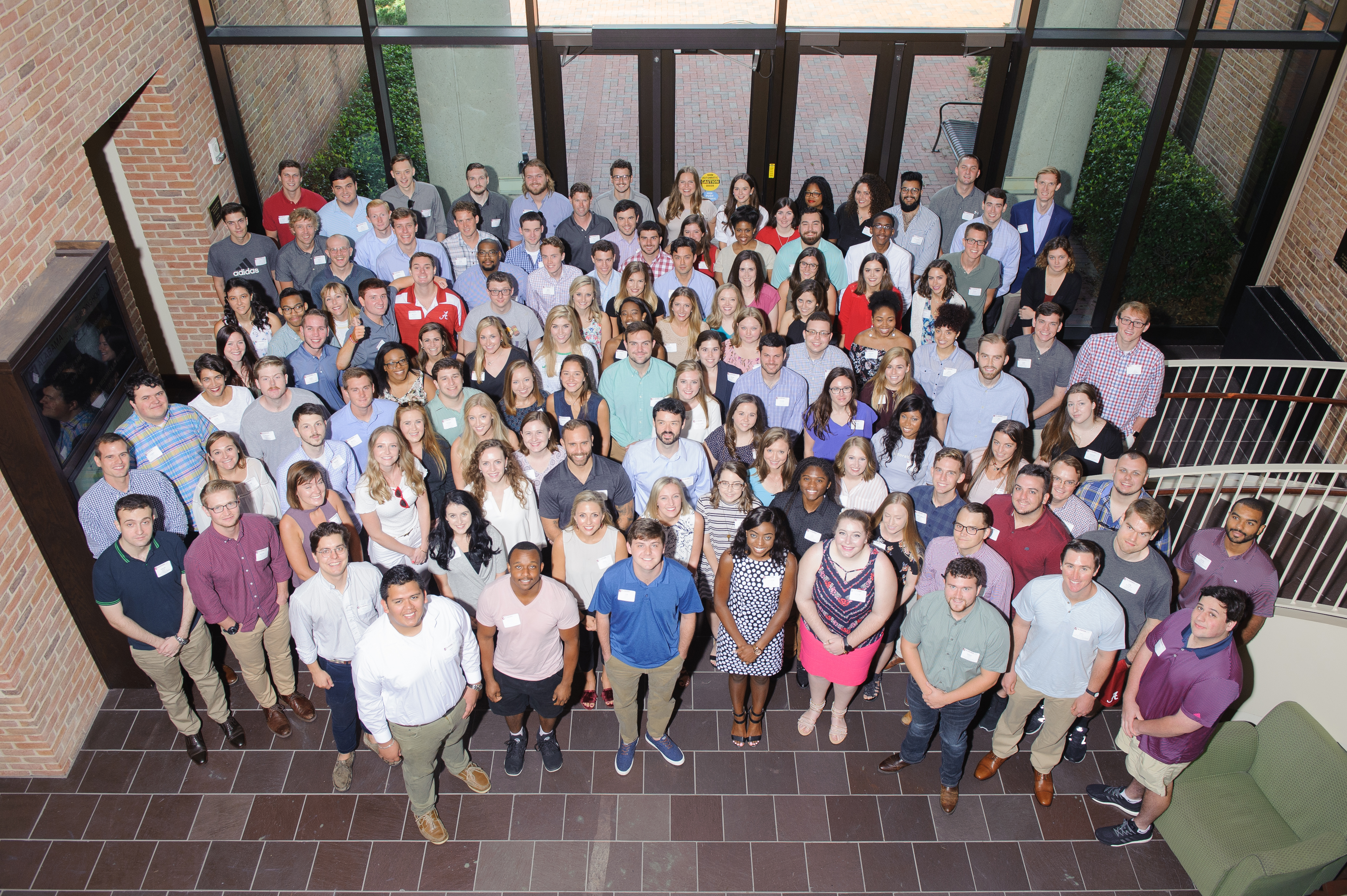 Brandon said the class is joining a long list of former law students who have made a positive mark on the community, the nation, and the world, including U.S. Supreme Court Justice Hugo Black, Judge Frank M. Johnson, Jr., Nelle Harper Lee, Millard Fuller, and Judge John England, Jr.

“Each of them left a trace that is still visible, still meaningful,” he said. “In your own way, I hope that you will do the same.”

Forty-seven percent of the 199 class members are women, and 20 percent identify as members of a racial or ethnic minority. The members of the Class of 2021 have lived, worked, or studied in 35 countries outside of the United States, including those in Europe, Asia, and Africa.

“Individually and collectively, you are impressive, and we’re excited to welcome you to the community that is Alabama Law,” Brandon said.

Brandon offered advice in four areas he said he wished he had better understood when he started law school more than 40 years ago.

First, he encouraged law students to educate themselves broadly and deeply. He suggested they take on courses in all the basic fields of law, including challenging courses and those in fields they might not expect to like.

Second, he noted that law consists of rules, but it doesn’t consist only of rules.

Third, he urged them to take care of themselves and make friends inside and outside of the Law School.

“Friendship — and connection with other people — is a basic good,” he said. “If your experience in law school resembles mine, you may have already met classmates who will become friends for life.”

Finally, Brandon invited the members of the Class of 2021 to leave a mark on law school, society, and the law.