The University of Alabama School of Law and the ABA Journal have announced the finalists for the 2019 Harper Lee Prize for Legal Fiction.

The three books chosen to compete for the prize are: “The Boat People” by Sharon Bala, “Class Action” by Steven B. Frank and “The Widows of Malabar Hill” by Sujata Massey.

“This year’s Harper Lee Prize was particularly difficult to judge,” said Molly McDonough, editor and publisher of the ABA Journal. 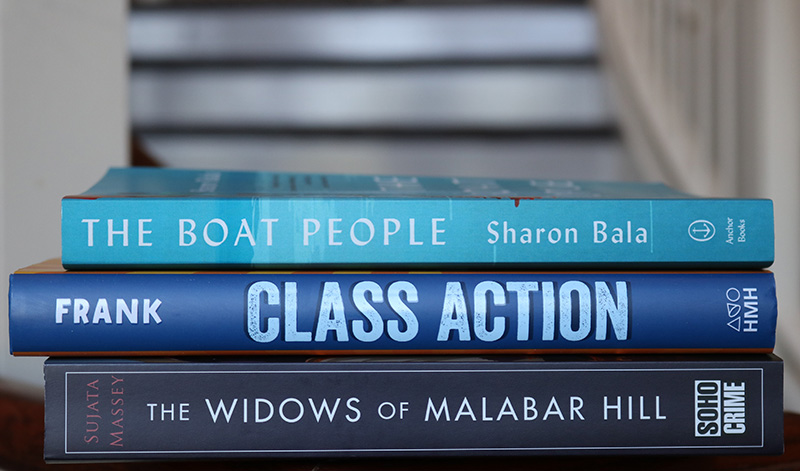 Finalists for the 2019 Harper Lee Prize for Legal Fiction

“We were evaluating so many gripping and compelling reads. The finalists represent the diversity of this year’s submissions, from a novel about Sri Lankan refugees seeking a new start, to the story of a trailblazing woman lawyer fighting for her clients in 1920s India, and, finally, a charming middle school book featuring a spunky student who goes to court after he’s suspended for protesting homework. The characters are as inspiring as they are engaging.”

The prize, previously authorized by the late Lee, is given annually to a book-length work of fiction that best illuminates the role of lawyers in society and their power to effect change.

Nine years ago, to commemorate the 50th anniversary of the publication of “To Kill a Mockingbird,” and to honor former University of Alabama law student and author Harper Lee, UA’s Hugh F. Culverhouse Jr. School of Law and the ABA Journal partnered to create The Harper Lee Prize for Legal Fiction.

There were 25 entries for the Prize this year, and a team of reviewers chose three books for the Selection Committee’s consideration. The public is invited to cast votes on the ABA Journal website to help determine who the winning author will be. The public will act as the sixth judge, contributing a vote equal in weight to the selection committee members. To vote, visit: http://www.abajournal.com/polls/2019HarperLeePrize

The 2019 prize will be awarded Aug. 29 at the Library of Congress in conjunction with National Book Festival in Washington, D.C. The winner will be announced prior to the ceremony and will receive a copy of “To Kill a Mockingbird” signed by Harper Lee.

A distinguished panel of writers and scholars will select the 2019 Harper Lee Prize for Legal Fiction.