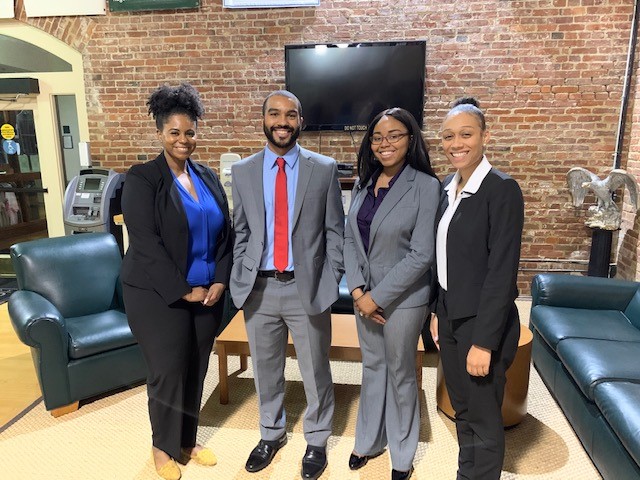 Maya Hoyt, 3L, Alex Williams, 3L, Chenelle Jones, 2L, and Gavin Baum-Blake, 2L, recently competed against eight other teams from across the southern region in the Constance Baker Motley Mock Trial Southern Regional Competition during the Southern Regional Black Law Students’ Association’s Convention held in Charleston, South Carolina. The students finished 2nd in the region after a hard-fought championship round. On the way to the championship, the team defeated the top-ranked team in a decisive victory. Veteran team members, Maya Hoyt and Alex Williams performed as co-captains on this year’s team, and thanks to their dedication and hard work, they will be taking a second consecutive trip to the national competition. Chenelle Jones and Gavin Baum-Blake prepared tirelessly and were major contributors to the team’s success.

The team now will compete in the National Tournament from March 3 – March 8 in Cincinnati, Ohio. All four advocates showed tremendous skill at the tournament and will begin preparing to compete upon the release of the amended problem.