Alabama Law celebrated the careers of three professors who taught at the Law School for at least a quarter of a century.

One by one, Dean Mark E. Brandon unveiled the portraits of Judge Joseph Colquitt, Professor Bryan Fair, and Professor Jerome Hoffman in the Bounds Law Library.

The portraits, which will be displayed around the Law School, capture the personality and values of their subjects, said Brandon. Portraits, he said, also serve as historical markers of the institution.

“Long after we have departed, each of these portraits remains as a reminder of who the subject was, and what kind of place she or he inhabited,” Brandon said. “Each is also a reminder that this person mattered, left a mark, helped to make the institution what it is – and what it will be.” 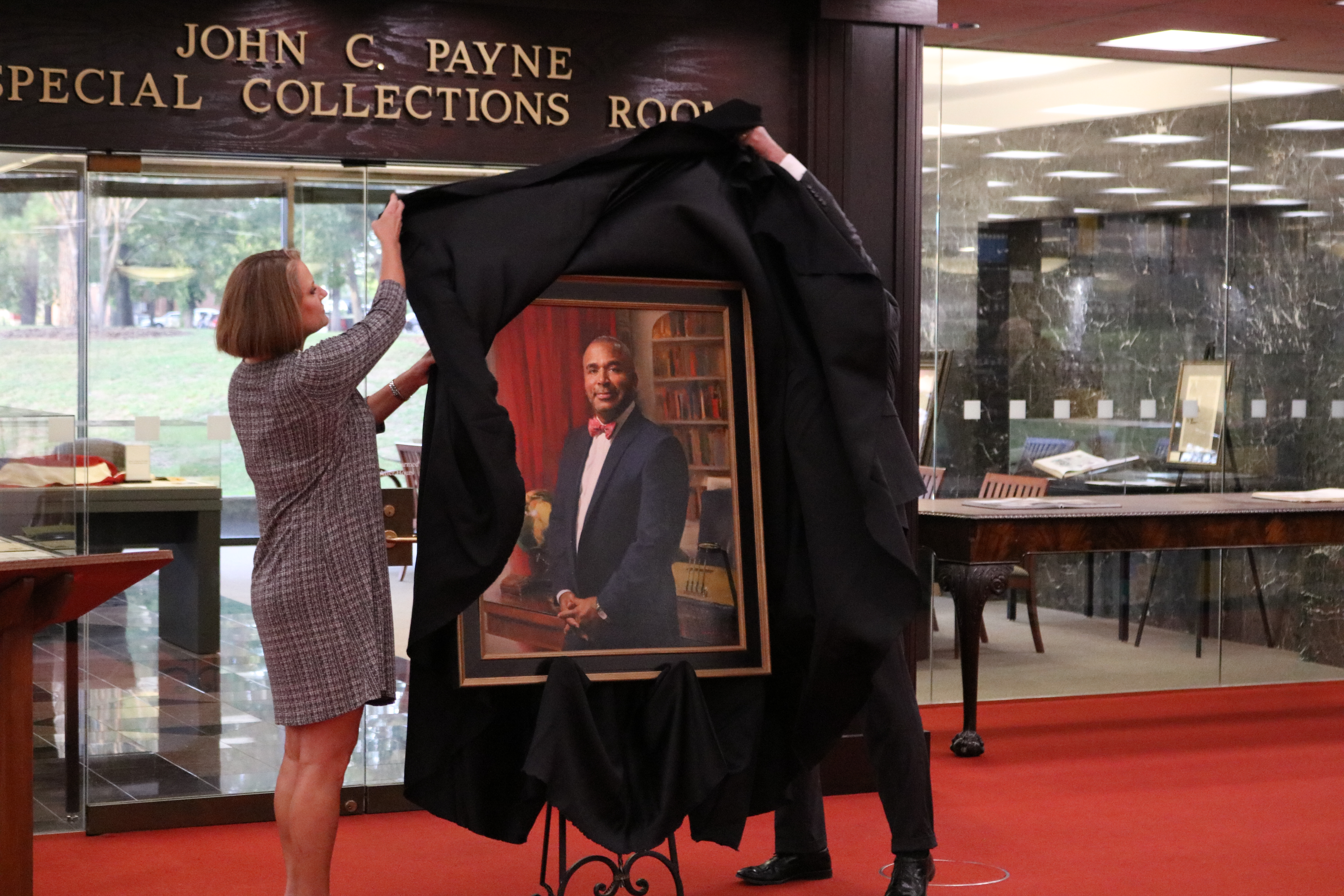 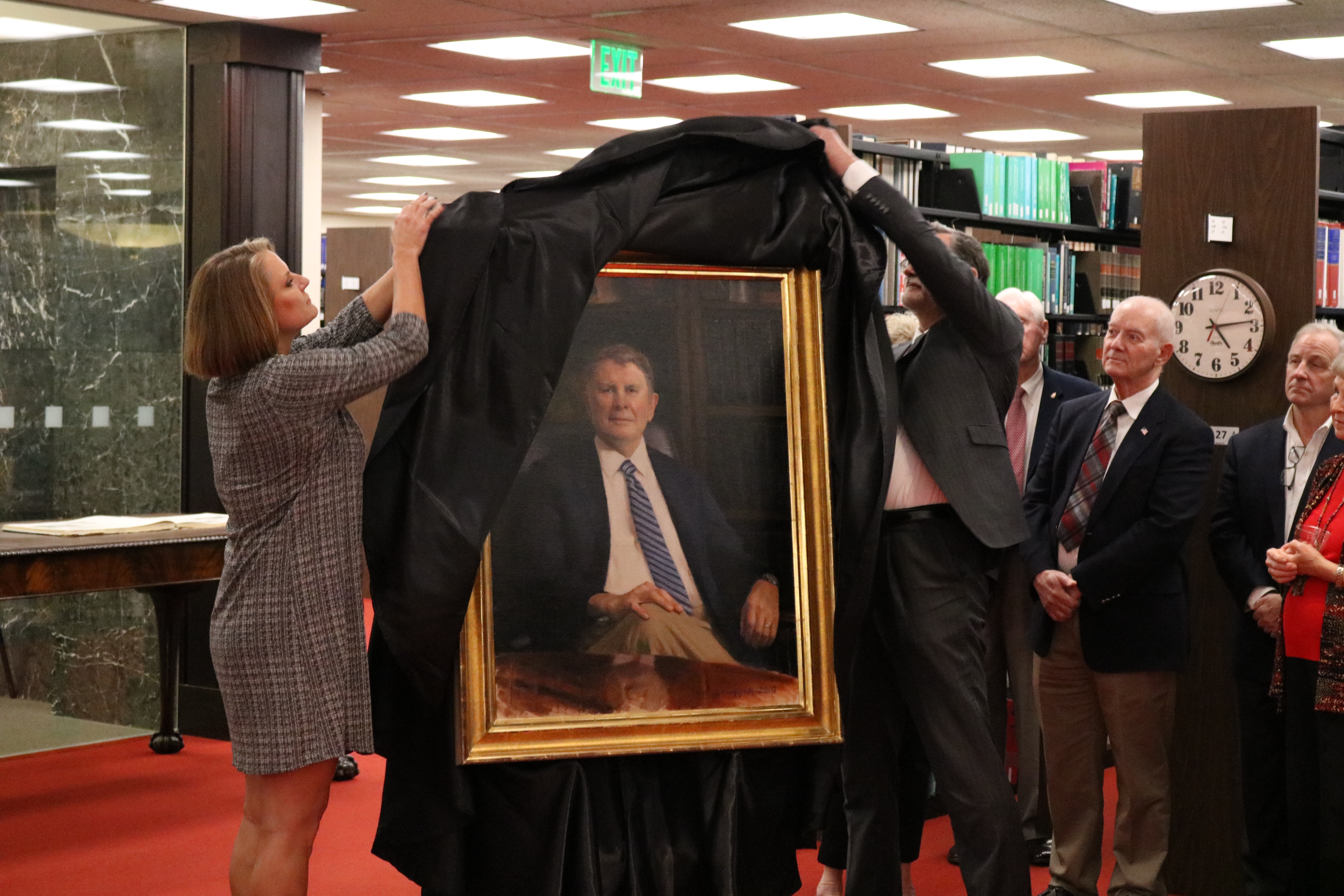 Professor Fair, the first African-American member of the faculty to teach for at least 25 years, joined the faculty in 1991. From 1994 to 1996, he served as Assistant Academic Vice President for the University. He was promoted to Associate Professor in 1997, and to full professor soon thereafter. He was named the Thomas E. Skinner Professor in 2000. Professor Fair continues to teach on the faculty.

Immediately following the ceremony, the Law School honored the professors with a reception.