Law Student Determined to Make a Difference in Alabama

Haley Carter, a law student from Mobile, never doubted that the Capstone was where she wanted to get her Juris Doctorate. But finances quickly became a concern for Carter, as her husband is also seeking a graduate degree and has no scholarship aid. 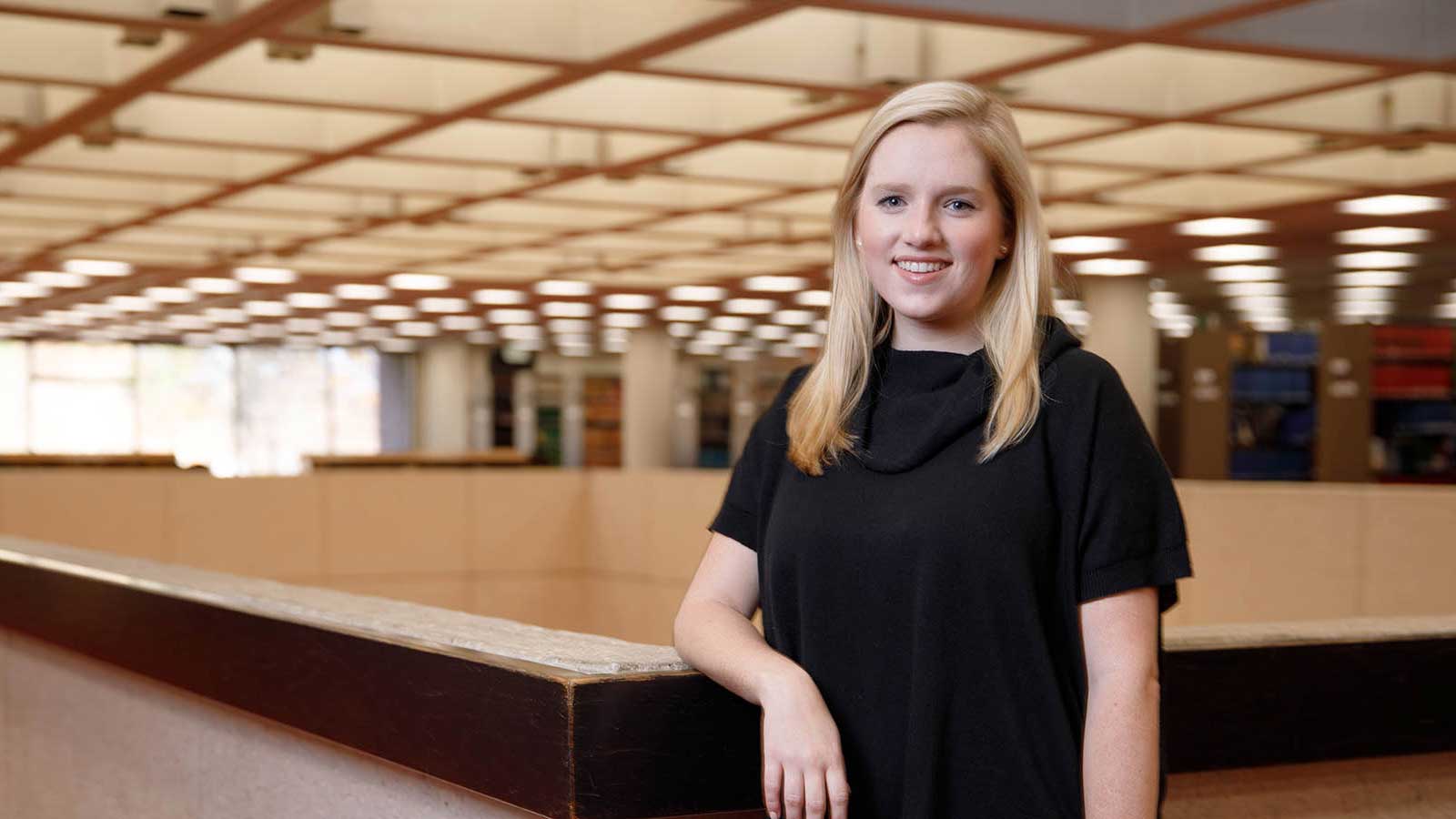 Carter was awarded the Judge Robert E.L. Key and the Claude E. Hamilton Sr. & Family Endowed Scholarships for 2019-20 and 2020-21, which covers half of her tuition costs and provides a solution for her and her husband’s financial concerns.

“We were trying to keep down costs because we’re both paying for graduate school,” Carter said. “The scholarship has helped me immensely in that capacity.”

Part of Carter’s decision to attend The University of Alabama was the Capstone’s mission of service. During her senior year of college, Carter was selected to be a Fulbright Scholar, during which time she traveled to Honduras to teach English and engage in the local communities, including working with homeless children in Tegucigalpa.

She said this experience was the “most formative 10 months” of her life, and it transformed how she relates and serves her community at home in Alabama.

“I came back with a different worldview and a different perspective that I otherwise never would have had,” Carter said. “It started a lot of really important conversations about what my community looks like and how I can better serve that community. It also informed the type of law I want to practice.”

After her anticipated graduation in May, Carter plans on applying for fellowships and clerkships in hopes of making an influential, lasting change in the communities of Alabama.

“I’m interested in litigation, family law and immigration law,” she said. “But my goal long-term is just to make a difference in my community. It’s not to become some rich and famous lawyer.”

Carter wants to stay in Alabama, not only to be close to her family but also to transform the state for the better.

“I feel there’s a lot of work to be done here and a lot of change to be made,” she said. “Being from Alabama, I want to be the person to make that change.”

Without scholarship assistance, Carter may not have been able to pursue her path. Scholarships, fellowships and other programming allow students such as Carter to achieve their aspirations of excellence and leadership at The University of Alabama. Providing donor-funded scholarships and fellowships to more students allows the Capstone to recruit and retain students who will go on to improve the world around them.

To learn about how to establish a scholarship to support Alabama Law students, please contact:

Or consider making a donation to the Alabama Law Alumni Society, which provides resources for students in the form of scholarships, stipends for internships and externships, and other purposes that are central to our mission of training the very best lawyers for the 21st century.