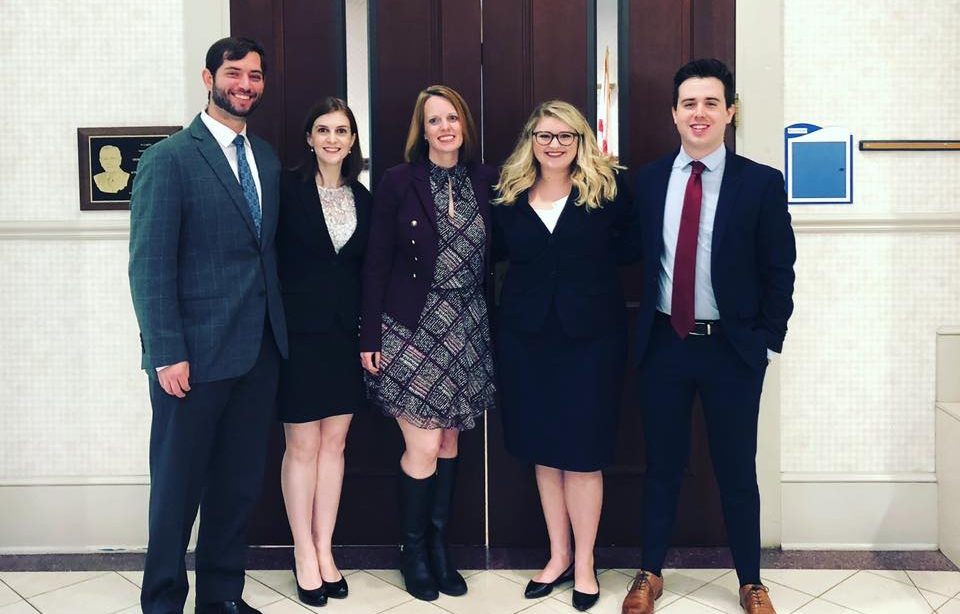 Lindsey Barber, 3L, Cory Church, 3L, and Anne Miles Golson, 3L, turned in an outstanding performance at the Hunton Andrews Kurth Moot Court National Championship in Houston, Texas. The team advanced to the quarterfinals, only to be narrowly eliminated by the defending champions from the University of Georgia. While arguing two complicated issues of Supremacy Clause Immunity, the team received high praise from their judges and fellow competitors.

This invitation-only tournament matches teams from elite moot court programs across the country. Alabama Law earned its invitation based on the overall performance of all of our external-competition teams in the Moot Court Program during the previous academic year, which garnered two national championships, impressive victories at regional competitions, and multiple best brief and best speaker awards. Based on the collective success of these teams, the Alabama Law Moot Court Program ranked fourth in the nation for 2018-19. The team is grateful to Professor Kimberly Boone, Director of Legal Writing Program and Professor of Legal Writing, for her leadership of the Moot Court program.

The Houston team also wishes to thank everyone who helped them prepare, especially student coach and manager, Josh Kravec, 3L.