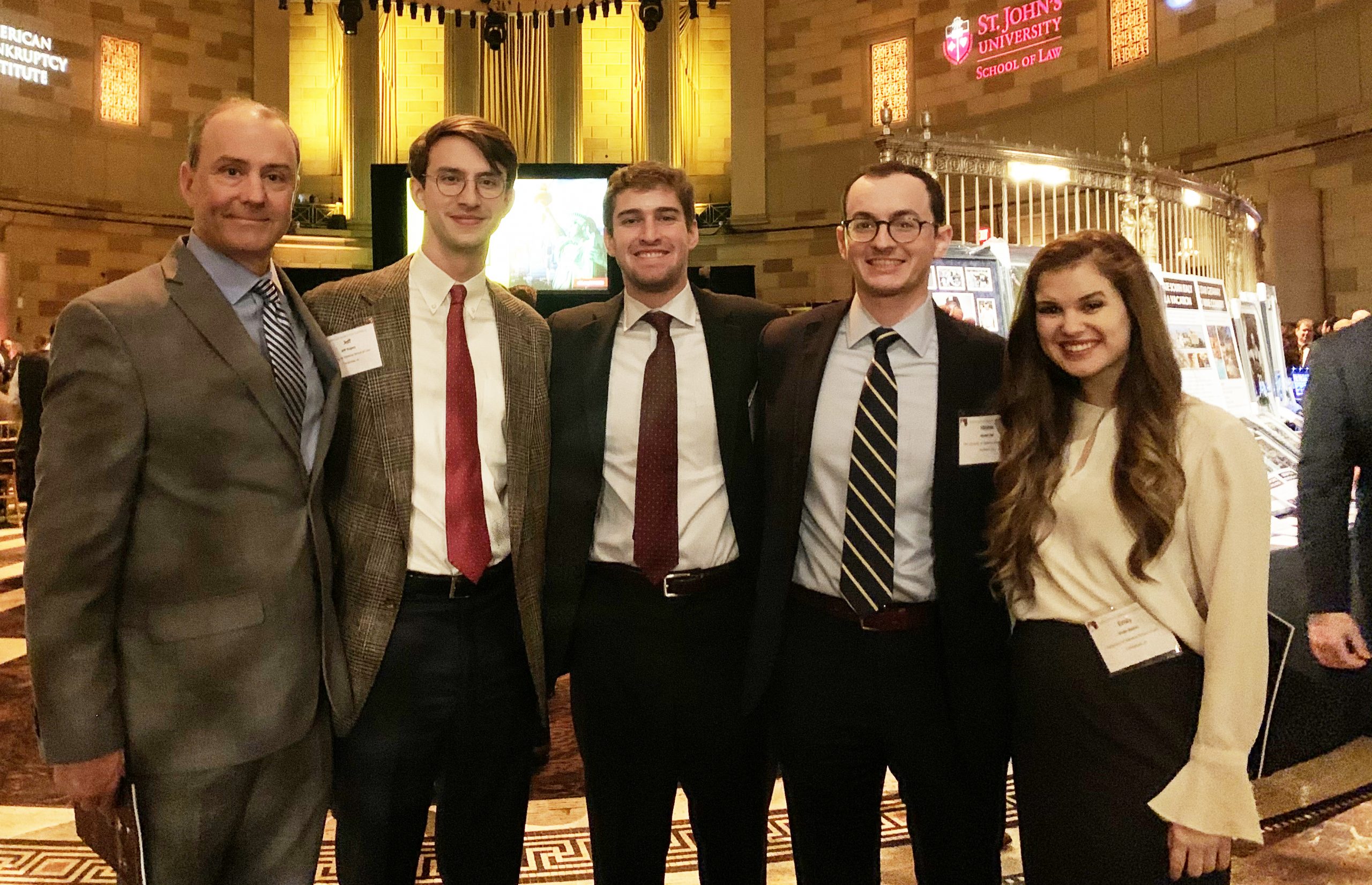 Both teams performed well in preliminary rounds.  Raines and Prosch competed against UNLV, Memphis, and the University of Miami, while Rogers and Hall faced Ole Miss, University of Texas and Baylor.

Both teams were designated top 16 teams and advanced to the octofinals, where the teams faced each other in the first round.  During the second octofinal round, Raines and Prosch faced Notre Dame and Rogers and Hall faced Emory. Both teams performed well.

Rogers and Hall advanced to the quarterfinals which were held in Brooklyn at the United States Bankruptcy Court for the Eastern District of New York.  Falling to Texas by what the bench described as a razor-thin margin, Rogers and Hall turned in very solid performances.

Rogers and Hall also were awarded Honorable Mention for Best Brief at the awards ceremony.