For the first time, women make up a majority of law students in the entering class at The University of Alabama School of Law.

Of the 137 first-year law students who enrolled this week, 53% are women.

Enrollment at UA’s School of Law mirrors a national trend, as women have outnumbered men in law school classrooms across the country since 2016, according to the American Bar Association.

“On the eve of the 100th anniversary of the ratification of the 19th Amendment to the Constitution, it seems appropriate that women are now attending law schools in numbers commensurate with their presence in the larger population,” said Dr. Mark E. Brandon, dean of UA’s School of Law. “Women in law school are achieving at the highest levels, and it’s important that we, as a society, are beginning to benefit more fully from the talents and contributions of all members, regardless of sex,” he said.

Brandon welcomed the Class of 2022, which he called “a distinguished group by any proper measure,” during the first day of orientation Aug. 12. 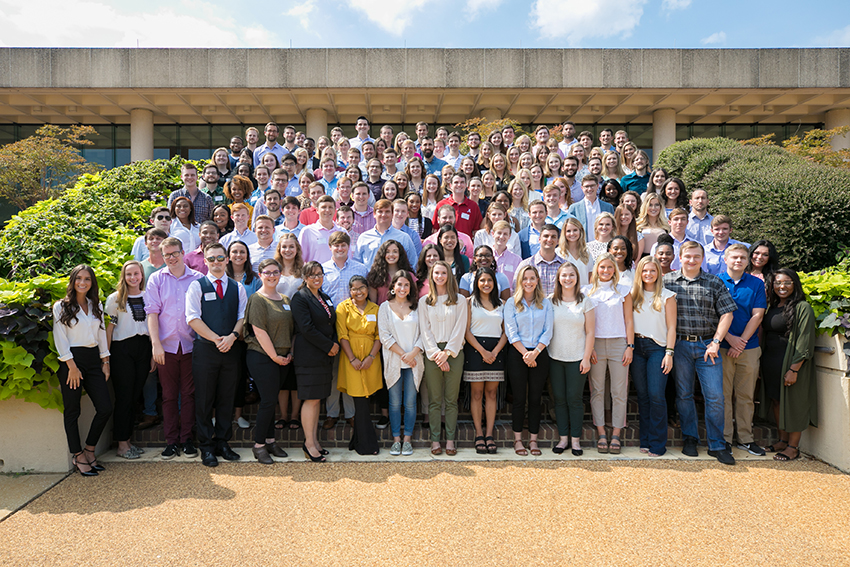 The 137 members of the UA School of Law’s first-year class were drawn from a pool of almost 1,500 applicants

The class was drawn from a pool of almost 1,500 applicants, and its students are from 24 states and China. Nineteen percent of the class identifies as members of a racial or ethnic minority. Members of the class will receive their degrees in the year that will mark the 150th anniversary of the founding of the Law School.

During his opening remarks, Brandon challenged the incoming class to make a mark in their studies and in their professional lives.

“Make it a trace you’ll be proud you left,” he said. “Make your mark: on the Law School; on your community, nation, and world through law; on the law itself. Make them better than you found them.”

The members of the class have studied, lived or worked in 28 countries. They read or speak 14 different languages and dialects from around the world. The first-year students have worked for U.S. Senators, members of Congress, and district attorneys. Among them are students with varied backgrounds, including a student who has interned for the Scottish Parliament, one who has served as a Fulbright Fellow in Brazil and another who is a certified merchant mariner.

“Individually and collectively, you are impressive,” Brandon said. “All of us are excited to be able to welcome you into the community that is Alabama Law.”