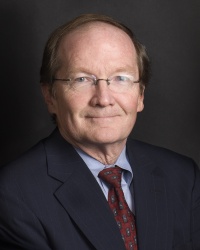 Professor Marsh received his B.S. and M.S. (combined degree), summa cum laude, from Ohio State University in 1978 and his J.D. from Washington and Lee University in 1981. Previously he served in the U.S. Army 3d Infantry Division (The Old Guard), from 1971 to 1974. He received the Burlington Northern Foundation Award for Excellence in Teaching in 1987 and the University of Alabama National Alumni Association Outstanding Commitment to Teaching Award in 1988. He was Director of the University Honors Program from 1989 to 1993. He received the Student Bar Association Outstanding Faculty Member Award in 1997 and 2001. He was the reporter for the Multiple Party Accounts Act and Revised UCC Articles 1, 3, 4 and 7 in Alabama. He has written numerous articles and a book on consumer protection, financial institution and dealer liability, payment systems, commercial law, and NCAA-related topics. He was the Faculty Athletic Representative at Alabama from 1996 to 2003, has served on numerous NCAA and Southeastern Conference Committees, and is a past the Chair of the NCAA Division I Committee on Infractions. He was a member of the Committee on Infractions from 1999 to 2008. He teaches courses in the School of Law on Consumer Protection, Contracts, Payment Systems, and Business Organizations. In the College of Commerce and Business Administration he teaches a course on Legal Issues in the Accounting Profession and a class in the Executive M.B.A. Program. He has testified in numerous cases in state and federal court, and has worked for state and federal regulatory agencies in enforcement actions. He is Of Counsel to the Birmingham law firm of Jackson Lewis.