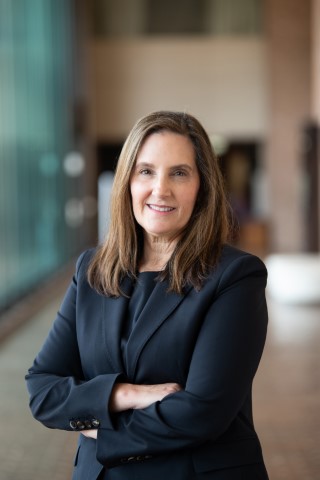 Joyce Vance
Distinguished Professor of the Practice of Law
jvance@law.ua.edu

Joyce White Vance is a Distinguished Professor of the Practice of Law. She served as the U.S. Attorney for the Northern District of Alabama from 2009 to 2017. She was nominated for that position by President Barack Obama in May of 2009 and unanimously confirmed by the Senate in August of 2009. Professor Vance served on the Attorney General’s Advisory Committee and was the Co-Chair of its Criminal Practice Subcommittee. As U.S. Attorney, she was responsible for overseeing all federal criminal investigations and prosecutions in north Alabama, including matters involving civil rights, national security, cybercrime, public corruption, health care and corporate fraud, violent crime and drug trafficking. She was also responsible for affirmative and defensive civil litigation on behalf of the government and for all federal criminal and civil appeals.

Before becoming U.S. Attorney, Professor Vance served as an Assistant United States Attorney in Birmingham for 18 years. She spent ten years as a criminal prosecutor, before moving to the Appellate Division in 2002. She became the Chief of that Division in 2005. Prior to her work as a federal prosecutor, she spent six years as a litigator in private practice, first at Arent, Fox, Kintner, Plotkin & Kahn in Washington D.C., and then at Bradley, Arant, Rose & White, now Bradley, Arant, Boult & Cummings, in Birmingham. Professor Vance received a B.A. from Bates College in Lewiston, Maine, magna cum laude, and a J.D. from the University of Virginia School of law.

Professor Vance recently received the University of Alabama at Birmingham School of Public Health’s Lou Wooster Public Health Hero Award for her leadership in creating a community-engaged initiative that included partners from law enforcement, the medical and business communities, and educators to address the heroin and opioid epidemic in northern Alabama. She is a frequent legal commentator on MSNBC and other news outlets.