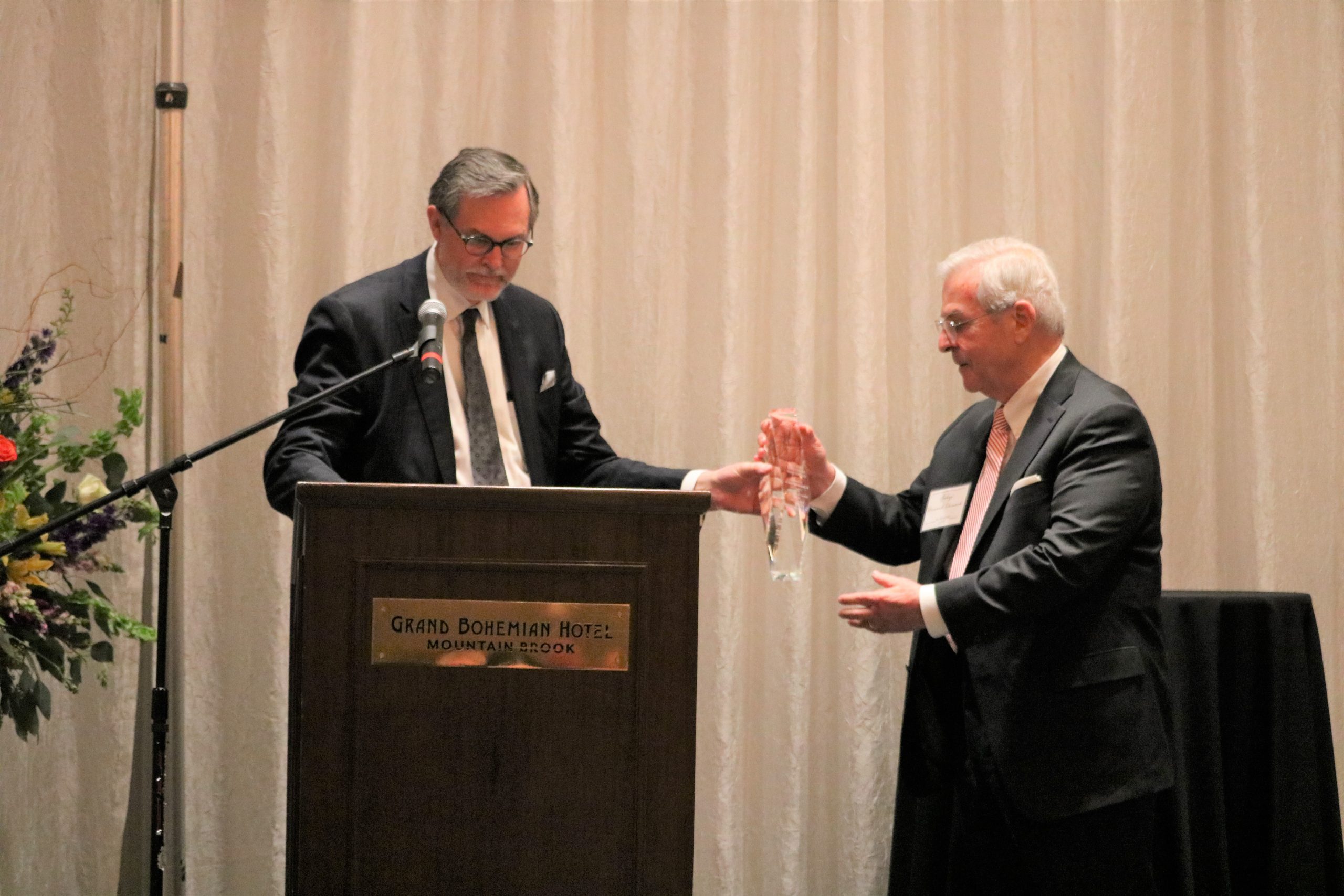 The Law School Foundation gives the award to an outstanding alumnus who has distinguished himself or herself through service to the bar, The University of Alabama, and the School of Law. The award is named for the late Samuel Wesley Pipes (’38), who was a partner in the Mobile law firm of Lyons, Pipes & Cook until his death in 1982.

After Justice Harwood graduated in 1963, he had many occasions to encounter Mr. Pipes in Mobile.

“I really enjoyed those opportunities,” Justice Harwood said, “so it is doubly meaningful to me to think that I have some connection with his legacy by virtue of this honor you’re giving me tonight.”

Justice Harwood said he was grateful for attending the School of Law and that it shaped his life. He was a member of the last class of graduates that did not have to take the Alabama State Bar exam.

In 1967, Justice Harwood joined with Gordon Rosen to form the law firm of Rosen and Harwood in Tuscaloosa. During his years in private practice, he served in many roles, including Deputy City Judge of Tuscaloosa, Special Assistant Attorney General for the State of Alabama, and as a Lecturer in Law at the Law School. For more than 40 years, Justice Harwood has taught courses as an adjunct professor at Alabama Law, teaching trial advocacy, evidence, and advanced evidence.

“I really am so happy to have an opportunity to be of service to the Law School in the various ways that I have,” Justice Harwood said. “I certainly learned the truism that for every hour you teach in the classroom, you’ve got six, seven, eight hours that you have to prepare outside of the classroom.”