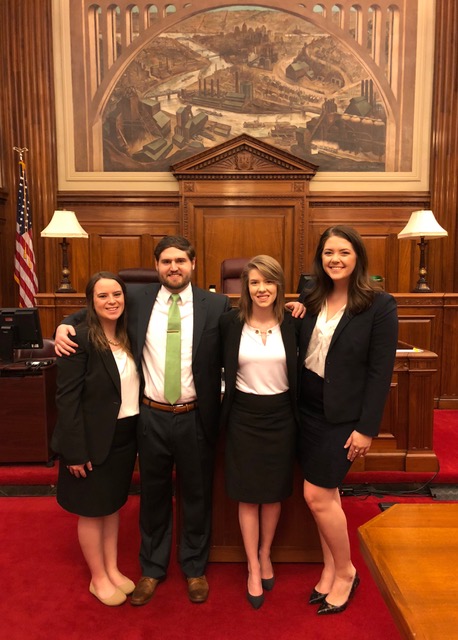 Alabama Law’s Trial Advocacy Competition Team competed in the 55th Annual Allegheny County Academy of Trial Lawyers Mock Trial Competition in Pittsburgh, Pennsylvania February 21-23. Each mock trial was presided over by a sitting federal judge at the United States Courthouse for the Western District of Pennsylvania.