Professor Dillbary’s research spans across methodologies and disciplines. It includes theoretical, empirical, and experimental articles, many of which have been placed in leading journals, such as the University of Chicago Law Review (twice), the Northwestern University Law Review, and Boston College Law Review. They have also appeared in leading peer review journals, such as the Journal of Institutional and Theoretical Economics, and the International Review of Law and Economics. Professor Dillbary’s empirical and theoretical tort and intellectual property scholarship has been cited by the Vermont and Israeli Supreme Court and leading treatises, featured on JOTWELL, and has also appeared on the Harvard Blog. In 2021, professor Dillbary and his co-author, professor Edward Griffin, were named the Dukeminier Awards’ Stu Walter Prize winners for their co-authored article, “An Empirical Analysis of Sexual Orientation Discrimination,” 86 U. Chi. L. Rev. 1 (2019), which revealed race- gender- and sexual orientation discrimination in mortgage lending. The Dukeminier Awards are bestowed annually by The Williams Institute at UCLA School of Law “to recognize outstanding achievements in legal scholarship.” His new book, co-authored with William Landes (University of Chicago), Law and Economics: Theory, Cases and Other Materials was published in 2022 (Aspen).

Professor Dillbary joined the faculty at the University of Alabama in 2007 after practicing law at Weil, Gotshal & Manges, LL.P. in New York. At Weil he represented and advised in an array of antitrust and intellectual property matters, including horizontal and vertical arrangements, joint ventures, mergers and acquisitions, patent pools and standard setting. His practice also included false advertising and unfair competition. Professor Dillbary is also admitted to the Israeli Bar where he practiced law with S. Horrowitz, LLP., and Israel’s leading law firm, Meitar, Liqournik, Geva, LL.P. where his practiced focused on complex commercial litigation. During his time at Meitar, he also provided legal counsel to private and public companies on matters including shareholders' conflicts, bankruptcy proceedings, trademarks and privacy.

Drawing on his areas of expertise, professor Dillbary mediates business, torts as well as family, divorce and domestic relation conflicts. He is registered on the Alabama State Court Mediator Roster and also provides pro-bono mediation services, including in conjunction with the University of Alabama School of Law Mediation Clinic.

Professor Dillbary has taught, presented, lectured and advised, among other places, in North America, Europe, the Middle East and Africa. He is the recipient of many awards, including the Outstanding Faculty Member Award (2010), the Commitment to Academic Excellence Award (2011), and is a two-time recipient of the Dean Thomas W. Christopher Award for making a lasting contribution to legal education and the Law School (2012 and 2013) and for outstanding scholarly achievement and distinguished service. In special recognition of his research and scholarly accomplishments, professor Dillbary was awarded the Dean's Scholar (2013 - 2016).

J. Shahar Dillbary, Is a Fine Still a Price? Replication as Robustness in Empirical Legal Studies, 63 International Review of Law and Economics 1 (2020) (together with Cherie Metcalf, Emily Satterthwaite and Brock Stoddard). 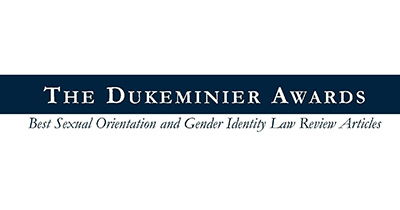 On February 2021, Professor J. Shahar Dillbary at The University of Alabama School of Law and Professor Griffin Edwards of the Collat School of Business at The University of Alabama, Birmingham were named the Dukeminier Awards’ Stu Walter Prize winners for their co-authored article, “An Empirical Analysis of Sexual Orientation Discrimination,” 86 U. Chi. L. Rev. 1 (2019). The Dukeminier Awards are bestowed annually by The Williams Institute at UCLA School of Law in recognition of the best law review articles concerning sexual orientation and gender identity. The study produced by Dillbary and Edwards, is the first to empirically demonstrate widespread discrimination across the United States based on perceived sexual orientation, sex, and race in the mortgage lending process. From an analysis of more than five million mortgage applications, their findings reveal that any FHA loan application filed by same-sex male co-applicants is significantly less likely to be approved compared to the white heterosexual baseline (holding lending risk constant). The most likely explanation for this pattern is sexual orientation based discrimination — despite the fact that FHA loans are the only type of loan in which discrimination on the basis of sexual orientation is prohibited 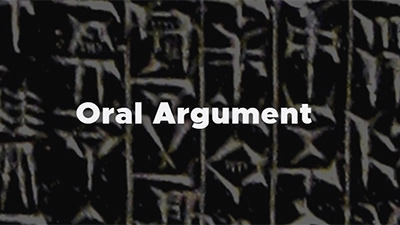 Causation and responsibility are interrelated, crucial, and yet puzzling concepts in law. With tort scholar Shahar Dillbary, we explore situations in which spectators “cause” accidents in a drag race that they merely witness and in which the more tortfeasors there are, the better

Listen to the Podcast 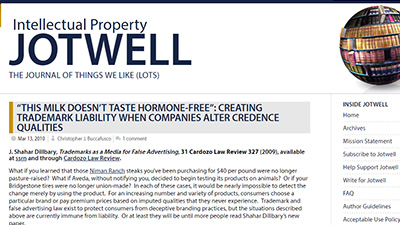 What if you learned that those Niman Ranch steaks you’ve been purchasing for $40 per pound were no longer pasture-raised? What if Aveda, without notifying you, decided to begin testing its products on animals? Or if your Bridgestone tires were no longer union-made? In each of these cases, it would be nearly impossible to detect the change merely by using the product. For an increasing number and variety of products, consumers choose a particular brand or pay premium prices based on imputed qualities that they never experience. Trademark and false advertising law exist to protect consumers from deceptive branding practices, but the situations described above are currently immune from liability. Or at least they will be until more people read Shahar Dillbary’s… Paper: Trademarks as a Media for False Advertising